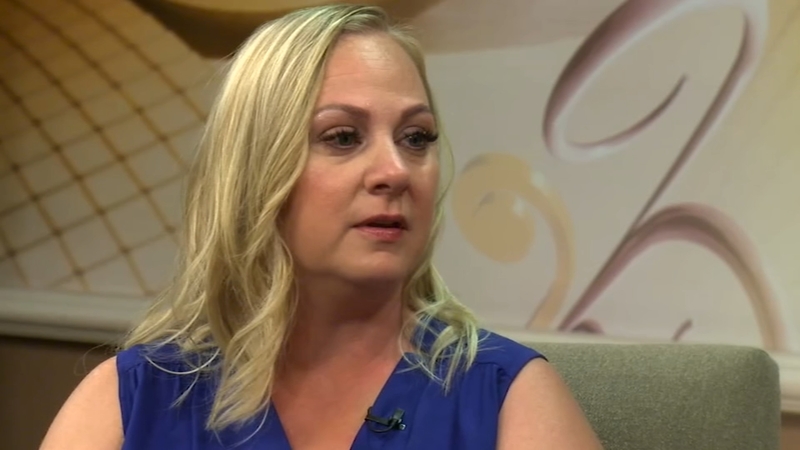 The interview, which will air in full Tuesday when Windy City Live kicks off its eighth season, comes on the heels of a pair of interviews that her husband gave last week, which prosecutors said were an attempt to influence potential jurors.

"We're all petrified. We're absolutely petrified," Tiffany Van Dyke tearfully told Windy City Live's Val Warner. "I'm sorry. I have the possibility of losing my husband for the rest of his life and my life."

Van Dyke spoke of the now-infamous video, purportedly showing her husband fatally shooting McDonald in October 2014. She said she only watched it six months ago.

"I did not want to see it," she said. "My husband, when he told me of that event, I trusted my husband. And I asked him, I said, 'Did you do what you were trained to do?' and he said, 'Absolutely.'"

Jason Van Dyke's attorneys have asked for a change of venue, arguing a fair jury trial in Cook County is impossible.

"He is not the things that all the media has portrayed him as," Tiffany said of her husband. "There are thousands of stories out there that have told everybody out there that he is a racist, trigger-happy police officer. And he's none of those things. He's a kind, gentle, just a gentle giant."

Activist William Calloway was one of the people who sued to get the video of McDonald's shooting released. He had a strong reaction to Tiffany Van Dyke's portrayal of her husband.

"This 'gentle giant' description and narrative that they're trying to create, I'm not sure who that person is," he said. "I saw a cold-blooded racist murderer on that dash cam, that's what I saw."

Commentary on the case has also impacted the couple's 12- and 16-year-old daughters.

"My oldest came home from school one day - she didn't even come; she called me halfway through the day - crying. And I said, 'What is the matter?' and she said somebody wrote '16 shots' on her desk," Van Dyke said, the note referring to the number of shots fired at McDonald by police. "My 12-year old, innocent 12-year-old, sat in her classroom and another student called her father a murderer to her face."

Jury selection is scheduled to begin Wednesday, though the defense can still opt for a bench trial up until opening statements.

ABC7 Eyewitness News reached out to McDonald's family, who declined to comment on Tiffany Van Dyke's interview but said they are planning a news conference Tuesday to urge peace during and after the trial.