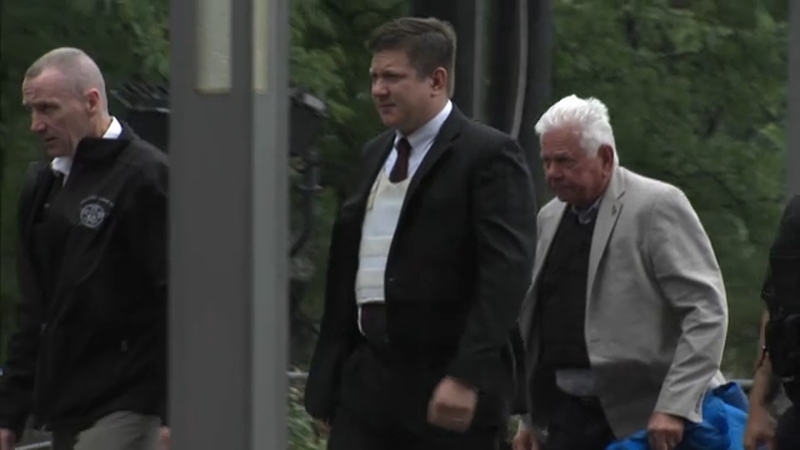 CHICAGO (WLS) -- Ex-Chicago police officer Jason Van Dyke left prison on Thursday after serving time for murder wearing a piece of equipment he didn't have on the way in: an electronic monitor so state corrections officials can track his whereabouts.

According to documentation obtained by the ABC7 I-Team on Saturday under a Freedom of Information request, the Illinois Department of Corrections asked last Monday for permission to attach an electronic monitor to Van Dyke for the "duration" of his three year court supervision period. The request, approved and dated on February 3 -- the day Van Dyke was released from downstate Taylorville prison -- stated that it was necessary "for Parolee and Parole Agent Safety (sic) due to this being a high profile case being played out in the media." 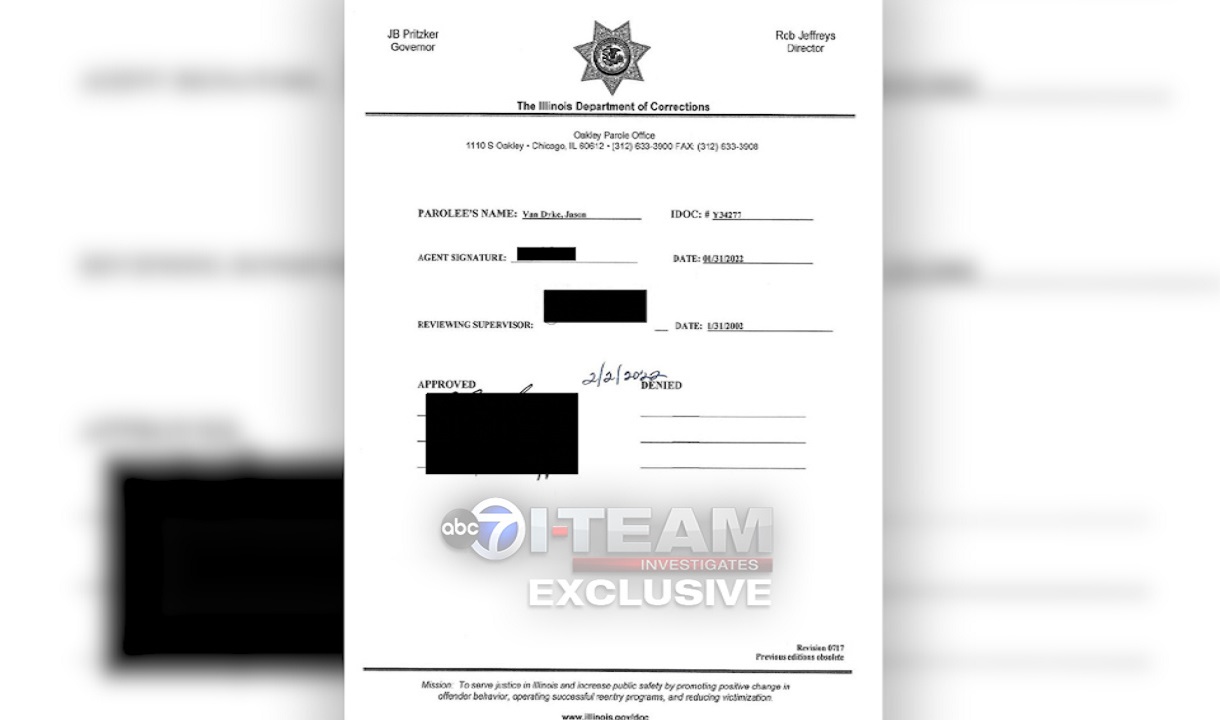 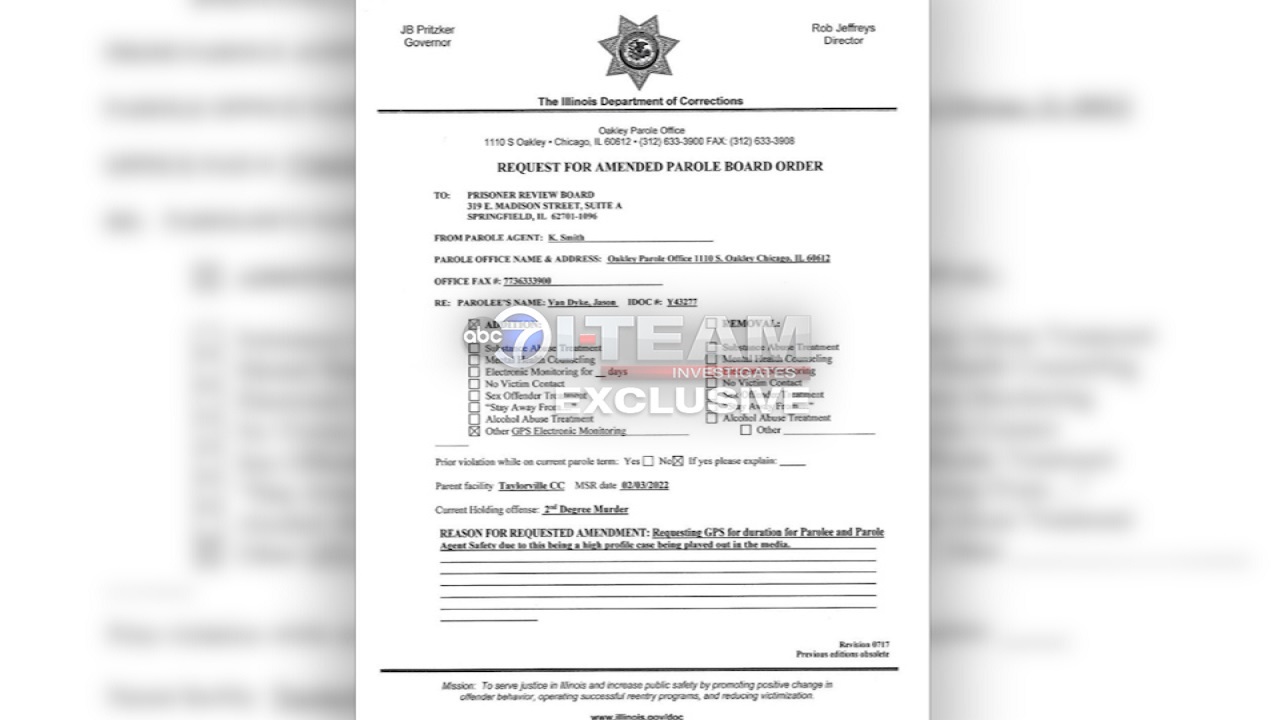 Van Dyke was convicted of murdering Chicago teenager Laquan McDonald in 2014. He was sentenced to nearly seven years in prison and served almost half of that, which is customary in Illinois for well-behaved prisoners.

Typically parolees will be outfitted with an ankle bracelet that allows third party trackers to determine whether the ex-con is within whatever geographic location has been determined appropriate as part of their punishment. The paperwork obtained by the I-Team doesn't specify where Van Dyke must stay while on the monitor, but it is known he may not leave the state of Illinois.