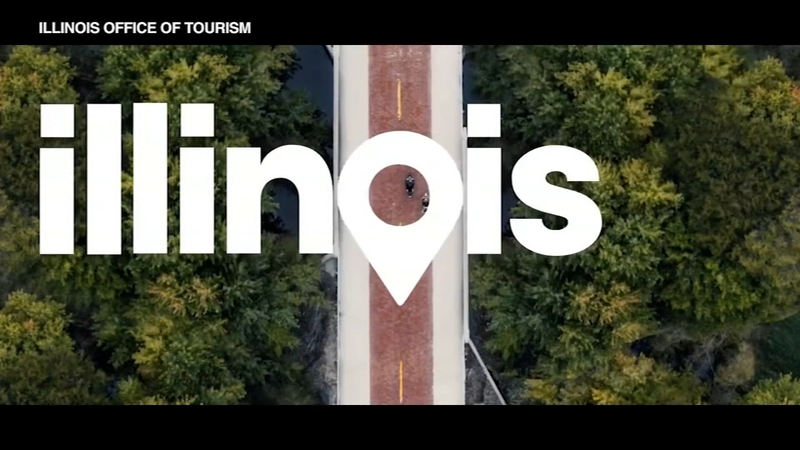 CHICAGO (WLS) -- In the middle of a push to rejuvenate tourism, Illinois is launching a $30 million marketing campaign to promote more than three dozen places across the state.

"We know visitors are critical to our Illinois economy," said Illinois Department of Commerce and Economic Development Director Sylvia Garcia. "They generate economic impact by dining in world class local restaurants, staying in our inviting hotels and supporting our distinctive small businesses which are truly the backbone of our economy."

According to the state Department of Commerce and Economic Opportunity, visitor spending, which peaked at $45.5 billion in 2019, plummeted 49% after the pandemic hit to $23.3 billion in 2020, the last year figures were available.

Many people are excited to travel once again.

"It feels great," said Abigayil Rosenwasser, who is visiting from Israel. "I mean, like, since I grew up here, it's very nostalgic seeing all the places again."

Monday's weather may not have been tourist friendly, but there may be bigger concerns for Chicago. The rash of carjackings this spring, the smash-and-grab robberies, along with shootings could scare off some visitors.

"I think it is a bit concerning, but you know, you got to be in places that are safe," said Maryam Habibzi, who is visiting from Edmonton, Canada.

Governor JB Pritzker has been trying to downplay safety concerns.

The television advertisements will start running in Illinois, along with seven other neighboring Midwest states this week and later this month nationally on cable.