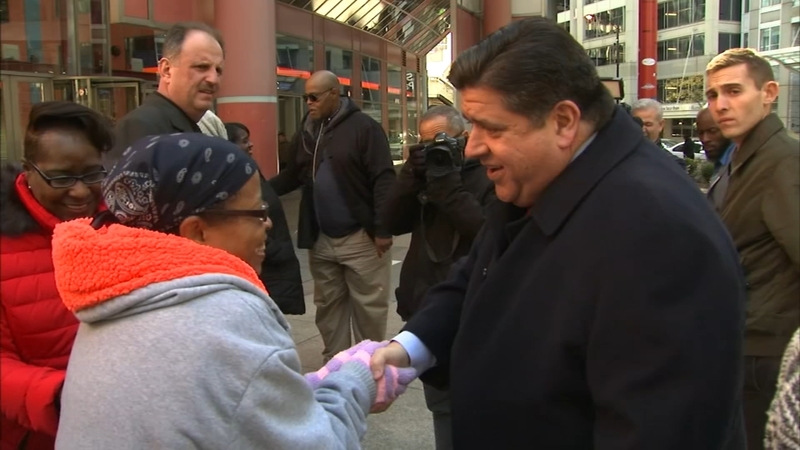 Pritzker pushes back against discrimination claims

CHICAGO (WLS) -- JB Pritzker pushed back once more against a lawsuit alleging racial discrimination in his campaign, and a supervisor named in the lawsuit is disputing one of the allegations made about him.

Thursday Pritzker raised questions about the motive behind the lawsuit and also provided documentation to undermine some of the claims.

"I think everybody that's been involved in a campaign before has seen a lot of craziness in the last few weeks of a campaign, so this is just more I guess of what people expect to experience," Pritzker said.

If he had any concerns about a discrimination lawsuit filed by 10 current or former minority campaign workers he wasn't showing it. Pritzker and his running mate Julianna Stratton denied that staffers ever complained about discrimination to them.

"And I have not either," Stratton added.

And more holes have shown up in the lawsuit. In it, the plaintiffs claimed supervisor DeJuan Jackson was pressured to cut his dreadlocks and then given a promotion and a pay raise. In a Facebook post, Jackson disputed that claim saying in part "NOONE (sic) told me to cut my hair! The statement is so far-fetched and weak! "

The campaign also denied claims that an unnamed staffer said Pritzker would not visit a South Side campaign office until the shooting stopped, providing documents that he went there four times this year.

"The claims that have been made are untrue," Pritzker reasserted.

Meanwhile Lt. Governor Evelyn Sanguinetti joined a North Side Hispanic pastor, who's been a long-time supporter of Governor Bruce Rauner, to address the discrimination concerns.

"Well I cannot speak for the 10 plaintiffs in this lawsuit, but the allegations are very, very alarming," Sanguinetti said.

"If he treats his minority staff this way, Mr. Pritzker cannot be trusted with the people of Illinois," said Pastor Ruben Cruz, First Spanish Christian Church.

Democrats continued to circle the wagon. Toni Preckwinkle who is not only the County Board President, but the Cook County Democratic Party Chair, dodged a question about any concerns she might have about the allegations.