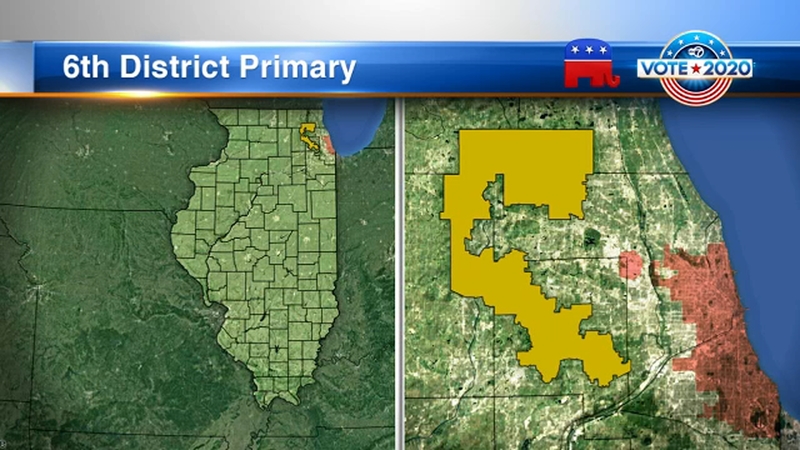 In the Republican primary in Illinois' 6th Congressional District, Jeanne Ives and Dr. Jay Kinzler are battling it out for a chance to face incumbent Democrat Sean Casten.

With a countdown clock that says 246 days, Ives is focused on November - and beating Casten.
"I think it's going to take a whole year to inform the electorate about Sean Casten - about his polices and what he believes," Ives said.

But Ives must get through the Republican primary first. The former three-term state representative and Army veteran who lost to then-Governor Bruce Rauner in the 2018 Republican primary is running against Glen Ellyn resident Dr. Jay Kinzler.

Kinzler is a transplant surgeon and a colonel in the Army reserves. His government experience includes being the former president of the Glen Ellyn Park Board. His conservative views are very similar to Ives.

But, Kinzler said the way he delivers his conservative message is much different than Ives, which he says positions himself to beat Casten.
"She has a tendency to be a little bit more divisive," Kinzler said. "She has some pretty bad baggage in the past things she's said, things she has voted on. I think that will be tough for her to beat the Democratic opponent in November."

Some of the baggage Kinzler is referring to is a controversial ad Ives aired against Bruce Rauner. Both political parties called it racist, sexist and homophobic.

Ives says she won't be running an ad like that in this campaign. The 6th Congressional District - which is shaped like a C and covers parts of Cook, DuPage, Kane, Lake and McHenry counties - has become more economically and racially diverse. Ives is convinced she can gain support among Republicans and independents around policy issues.

"We are united around a policy agenda, not a personality agenda," Ives said.
"We've united the party to bring back the seat."