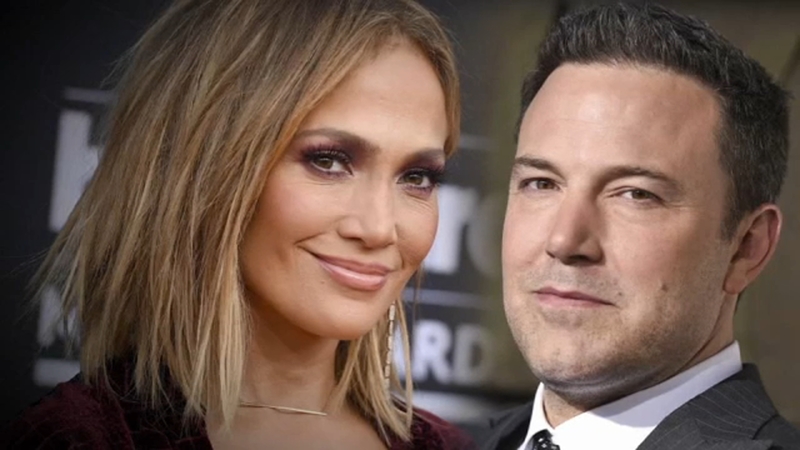 Bennifer 2.0 is planning to take it to the altar.

Jennifer Lopez and Ben Affleck have gotten engaged for a second time after calling off their prior pledge in 2004, a representative for Lopez confirmed to CNN Saturday.

Lopez shared a video of her appearing emotional and sporting her green engagement ring in her newsletter "On the JLo."

Her sister Lynda Lopez shared photos from the video on her Instagram Stories writing, "So this happened. Love you @jlo @ben affleck."

The couple met in 2001 on the set of the rom-com "Gigli," where they played criminals stuck on a job together, and they struck up a real-life friendship.

While the film flopped, Affleck told Entertainment Weekly in January that he didn't regret it because he "did get to meet Jennifer, the relationship with whom has been really meaningful to me in my life."

Affleck popped the question to Lopez in 2002 with a stunning pink diamond engagement ring.

But the pair postponed their nuptials days before the wedding in 2003, saying in a statement, "Due to the excessive media attention surrounding our wedding, we have decided to postpone the date."

"When we found ourselves seriously contemplating hiring three separate 'decoy brides' at three different locations, we realized that something was awry," the statement went on to say. "We began to feel that the spirit of what should have been the happiest day of our lives could be compromised. We felt what should have been a joyful and sacred day could be spoiled for us, our families and our friends."
In January 2004 they officially called things off.

Speculation mounted that the pair had rekindled their romance after she and baseball legend Alex Rodriguez ended their engagement in April 2021.

"I feel so lucky and happy and proud to be with him," Lopez told People magazine about reuniting with Affleck. "It's a beautiful love story that we got a second chance."

It will be the fourth marriage for Lopez, 52, and the second for Affleck, 49.

She was previously married to actor Ojani Noa, dancer Cris Judd and singer Marc Anthony, with whom she shares 14-year-old twins Max and Emme.

Affleck was married to actress Jennifer Garner and they are the parents of Violet, 16, Seraphina, 13, and Samuel, 10.