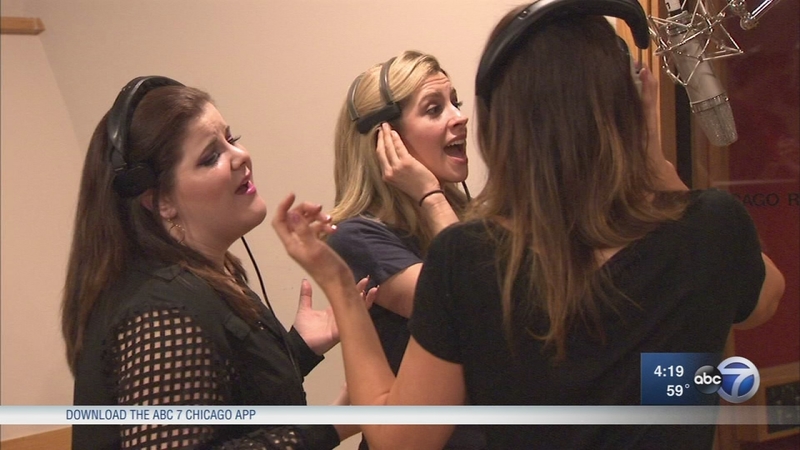 CHICAGO (WLS) -- The Jimmy Buffett musical "Escape to Margaritaville" is about to wrap up its run in Chicago before heading to New York.

You only have until Saturday to see it at the Oriental Theatre, but the cast is in a studio right now working on an album so Parrotheads can have the soundtrack soon.

Cast members of the pre-Broadway "Escape to Margaritaville" gathered at Chicago Recording Company this week making the original cast album. Jimmy Buffett's own label will release it on February 16, the date of their first Broadway performance.

"Chicago has these amazing studios and everybody's got all this energy right now around the Chicago openings so we're cashing in on it and really using, everybody as we just opened in Chicago, energy," director Christopher Ashley said.

Cast recordings for any show is the permanent record of their work. And those community theatres and high schools which in the future will produce this show, well, they need that musical help. Cast member and Chicago actor Eric Petersen knows this well.

"Growing up here in Chicago, I used to go to the Carol Stream Public Library and I'd rent cast albums from the library and I remember listening to them and I have a very specific dream of wanting to have just two or three words that were a solo part for me on an original Broadway cast recording. And today I'm going to have even more than that, which is very exciting," Petersen said.

The chief Parrothead himself joined the cast onstage for their Chicago curtain call opening night. Even though this show is all about his music old and new, he is not a part of the album.

"All of his guys are here producing the album, they're right there in the control room with us, and they're so experienced with this music, which is great fun," Ashley said.