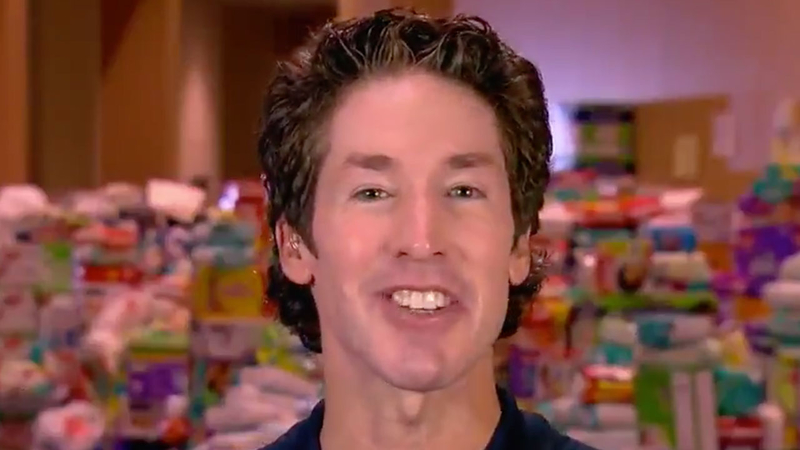 HOUSTON -- Lakewood Church is now open to flood victims, and pastor Joel Osteen is defending his decision not to open earlier.

"I think somebody created that narrative that somehow we were high and dry," he said. "None of that is true. This building was a safety issue and we took people in from the very beginning."

The Houston mega-church was sharply criticized earlier in the week after claiming the building was inaccessible, but Osteen maintains that it was opened as soon as possible.

He said that the water had come within a foot of going over the church's flood gates but that they welcomed victims as soon as it receded.

Lakewood Church in Houston has opened its doors to Hurricane Harvey evacuees following a weekend of criticism.

"When somebody's not in this situation, where, we have nobody in this facility. We were fearing that it would flood. The last thing we would do was put people in it right at the beginning," he said.

Asked what he had learned from the criticism, Osteen added, "We would probably do some things differently, obviously."

Osteen said that the staff and people close to the church were also affected by the flood.

"My niece was stranded right across the street from this building," he said. "It was a big flood and it affected all of the people that run this facility as well."

Volunteer Asuleni Santiago, 11, carries donated clothes for victims of the flooding from Tropical Storm Harvey at a shelter opened at the Lakewood Church in Houston on Tuesday.

Osteen said that the church, which housed 3,000 people in 2001 during Hurricane Allison, has coordinated with the city and is now functioning as a shelter.