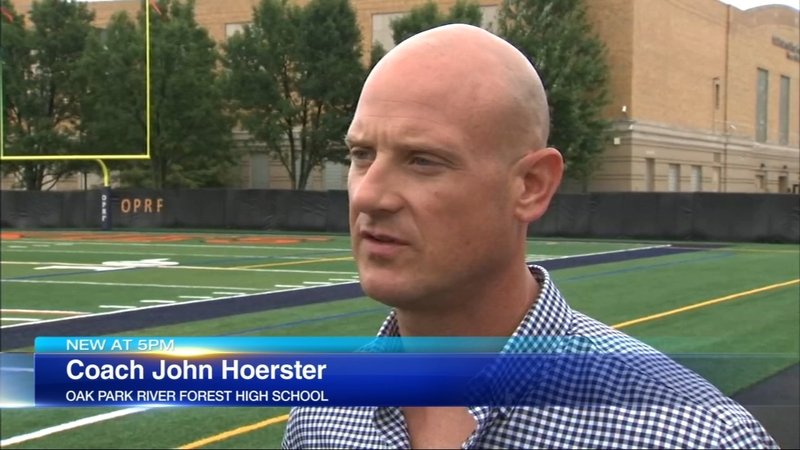 OAK PARK, Ill. (WLS) -- The start of the high school football season this weekend will have a special meaning for one coach, thanks to his extraordinary recovery.

John Hoerster was on vacation with his family last month when a massive heart attack stopped his heart for 12 minutes.

It's a big practice day for the OPRF football team. Not only is it the first day of school, but it's just a couple days away before the season opener against Waubonsie Valley.

It's a busy time for head coach John Hoerster. But he's appreciating every moment of it with a newfound perspective after a massive heart attack this summer.

Hoerster was on vacation in July with a large group of family members in North Carolina when, with no warning, he suddenly collapsed and his heart stopped. He was clinically dead. For 12 minutes.

His wife's cousin performed CPR until paramedics arrived and airlifted him to a hospital. He says the odds of surviving the episode without brain damage were about five percent. But here he is.