CHICAGO (WLS) -- Depositions from Mayor Rahm Emanuel and Chicago Police Superintendent Eddie Johnson were released Thursday after a jury was set in a family's lawsuit against the city of Chicago and a Chicago police officer involved in the 2015 death of a 19-year-old college student.

The civil trial for the wrongful death lawsuit of the estate of Quintonio LeGrier versus the City of Chicago and CPD Officer Robert Rialmo will begin Monday.

The videotaped March 29 depositions are among the evidence the jurors will see.

Emanuel was asked about his contact with the LeGrier family after the fatal police for shooting. Johnson was questioned about the status of Officer Rialmo and how police-involved shootings are investigated.

Emanuel was in the hot seat for more than three hours.

"Look, I'm not a... I'm not a lawyer, as I think we've well established by now," Emanuel says at one point.

An attorney questioned the mayor about a meeting with LeGrier's father days after the fatal shooting. He asked if Emanuel remembered having a phone conversation with him in which he asked for a jobs program to be created on the West Side in his son's name, to help him deal with his grief.

"Not specifically," Emanuel answered. "Let me say this: My attempt, when I meet with families, is to let them know in a moment of loneliness that they're not alone. If a family member asks me to do something, I try to do it."

Chicago Police Superintendent Eddie Johnson was asked in a deposition for the case, "Has there ever been a code of silence in the Chicago Police Department?"

"Again, in my personal experience, I've never heard an officer talk about code of silence. I don't know of anyone being trained on a code of silence," Johnson replied.

But two and a half weeks before the depositions, the mayor spoke of such a code.

"The problem is sometimes referred to as the 'thin blue line,'" he said.

"There is an attempt sometimes in a profession to protect a colleague versus the highest standards of the police department," Emanuel said before the City Council.

In December of 2015, Chicago police were called to a home on the city's West Side for a domestic disturbance.

Officer Rialmo responded to that call. He said he was attacked by 19-year-old Quintonio LeGrier. He wound up shooting and killing both LeGrier and his neighbor, 55-year-old Bettie Jones.

Larry Rogers Jr., the attorney for Jones' estate, said her family is still in pain.

"They are still suffering. I mean, this incident occurred Dec. 26 of 2015. So for the rest of their lives, every Christmas holiday, they will be - instead of celebrating and being joyous as most of us - they will be thinking about their mother," Rogers said.

Rialmo has maintained the LeGrier was charging at him with the bat when he opened fire. Police have said Jones' shooting was an accident and that she was an innocent party who had come to open the door for officers.

"If you're charging at uniformed police officer with a baseball bat over your head, I don't think it's any real surprise that you're gonna get shot and I think the case is really that simple," said Joel Brodsky, Rialmo's attorney. "He's still very broken up. I mean she was an unfortunate innocent bystander and I'm glad that the city decided to compensate her I really am."

Rialmo's attorney filed a counterclaim against the city, saying he was not adequately trained by the city and that LeGrier was responsible for the officer firing those shots.

The attorney representing Rialmo contends the city did not properly train the officer to deal with the domestic disturbance that day in 2015.

"They've admitted bad training. How did this play into this whole series of events? Why weren't the dispatchers trained to alert the officers as to what they're walking into. All of this will eventually come out," said Brodsky.

A Cook County judge ruled Wednesday that attorneys may not make reference to the Bettie Jones lawsuit and the $16 million settlement her estate reached with the city last week, but attorneys will be allowed to bring up her death at trial. Jurors will also not hear about the COPA findings in the trial, which said the shooting was unjustified. 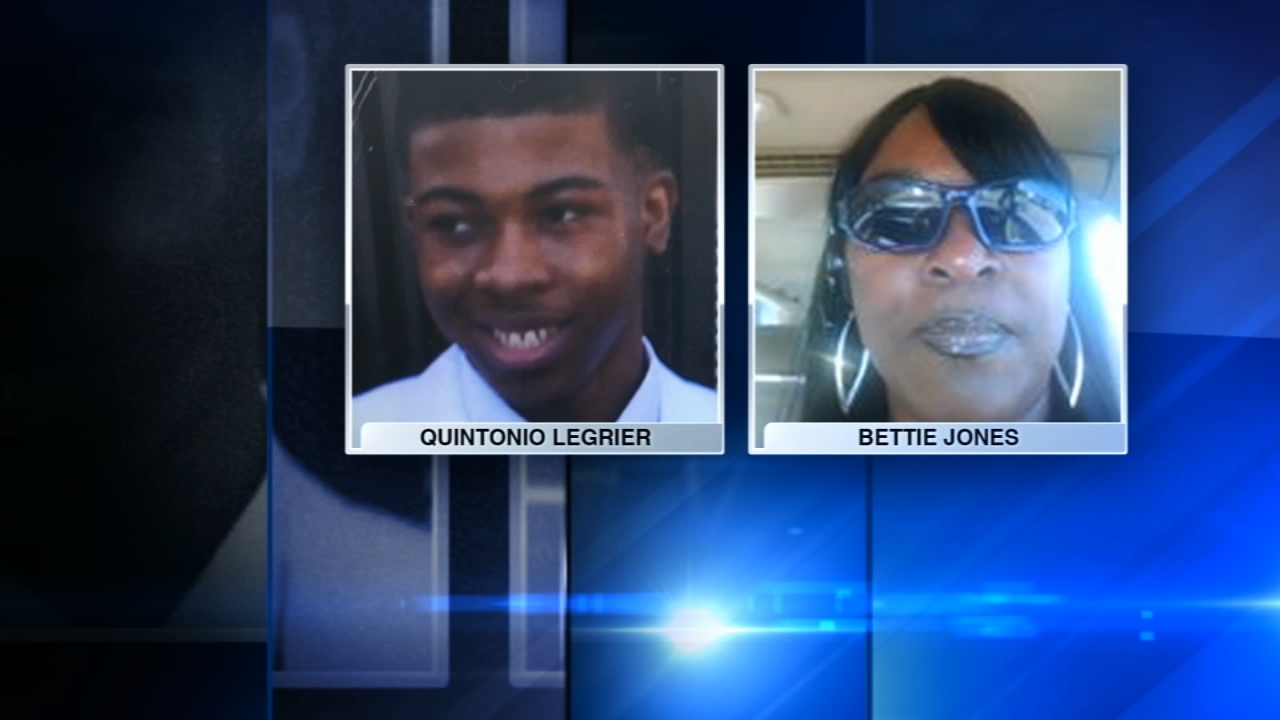