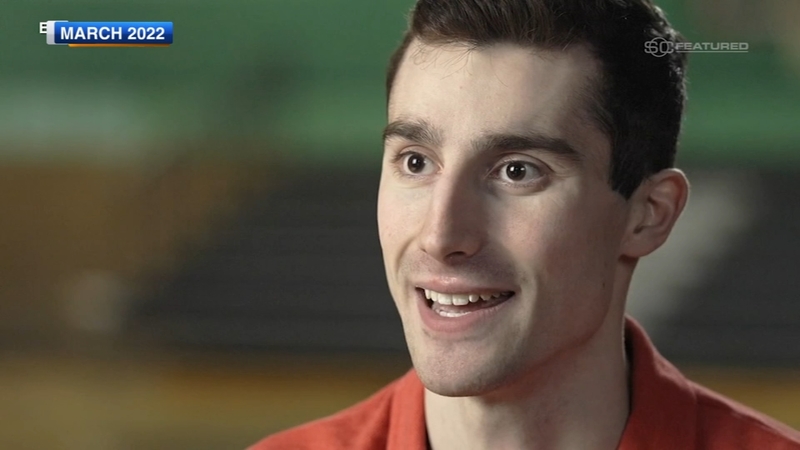 ST. CHARLES, Ill. (WLS) -- Justin Hardy was a star on and off the court. The standout basketball player from the west suburbs who truly lived by the motto "mind over matter" is now being mourned by several communities.

Justin Hardy hit a game-winning 3-point shot for St. Charles East back in 2018 that went viral on Twitter.

Hardy made an impression right away on Patrick Woods, the head basketball coach at St. Charles East High School.

"I'd see him steal the ball and go away for a breakaway dunk," Woods said. "As a freshman, you don't see that too often."

Woods said Hardy was versatile. He could dunk or nail a three-pointer, like he did a few years ago to win the game against St. Charles North. His shot went viral.

Hardy was also a leader off of the court, Woods said, calling him a "phenomenal student" who graduated high school as a straight-A student with honors, then graduated college early.

Hardy attended Washington University in St. Louis, where he also played basketball, even as he underwent chemotherapy for stomach cancer. He was profiled by ESPN a few months ago.

"There is no cure for stage 4 stomach cancer right now," he told ESPN. "And I'm being put into this game that I, in theory, I have zero chance of winning."

Still, Hardy kept a positive attitude and was a source of inspiration for many. He won an award for courage during Final Four weekend and returned to St. Charles East for a special basketball game in his honor.

But on Sunday, his family broke the news that Hardy died at the age of 22.

His father tweeted, "After 13 months of courageously redefining what it means to live with cancer, Justin passed peacefully early this morning."

Woods said that while the loss is heartbreaking, he's finding comfort in stories from other teachers about Hardy's compassion.

"I have a student in class that some kids might be making fun of or picking on and not want to sit next to, and sure enough, he pulled the chair up right next to that student and became friends with them and sat with them the rest of the semester," Woods said.