KGO
By Lyanne Melendez
SAN FRANCISCO -- In a surprising verdict, the jury of six men and six women deliberated and came back with a not guilty verdict, acquitting defendant Jose Ines Garcia Zarate. He was facing second degree murder charges for killing 32-year-old Pleasanton resident Kate Steinle on July 1, 2015, at Pier 14 in San Francisco.

The jury found Garcia Zarate guilty of possession of a firearm by a felon.
While Garcia Zarate can technically walk out of the courtroom, it's expected he will be taken into custody by Immigration officials and eventually deported back to his native Mexico.

Many are still processing the verdict in the murder of 32-year-old Kate Steinle.

The case gained notoriety because Garcia Zarate is an undocumented immigrant who had been deported several times and had a number of felony convictions.

Steinle's death became part of the immigration debate in this country, with then-candidate Donald Trump criticizing San Francisco for its sanctuary city status during his campaign.

VIDEO: How the killing of Kate Steinle launched a battle over sanctuary cities
The Steinle family has been waiting more than two years for this day. Kate Steinle was shot and killed when she was walking with her father and a friend on the pier.

Garcia Zarate, who was homeless at the time, claimed he found the gun wrapped in a piece of cloth under a swivel chair at the pier. He says he picked it up, and it accidentally fired, hitting Steinle in the back. The bullet, the defense claimed, ricocheted and then traveled 78 feet before striking Steinle.

The prosecution has always maintained that Garcia Zarate had the gun all along, aimed it at Steinle and fired. But, because, he had little experience with guns, the bullet ricocheted first, a common mistake made by amateurs.

The trial begins in the case that ignited a national debate on sanctuary cities and illegal immigration.

The gun used to shoot Steinle was stolen in San Francisco from the personal vehicle of a federal park ranger four days earlier. The agent works for the Bureau of Land Management, which is being sued by the Steinle family.
A number of witnesses testified in the trial, including police officers and several people who saw Garcia Zarate at the scene, along with several CSI investigators and forensic experts.

The jury had a number of choices to make. They could have gone with a second degree verdict, involuntary manslaughter or consider a first degree murder verdict.

The internet caught fire after the surprise verdict. Emotions ran hot on Twitter with many users standing behind the a hashtag reading 'BoycottSanFrancisco' to voice their criticism and at times disgust.

VIDEO: How the killing of Kate Steinle launched a battle over sanctuary cities

Many of the tweets called for justice for the Steinle family:

#BoycottSanFrancisco
Never visit
Never go there
No justice for victims

MESSAGE SENT: If u go to San Francisco, illegal immigrants can gun u down, (even if they were deported a 100 times), & they will get off scot-free. #KateSteinle didn't know that. But NOW we all do. #BoycottSanFrancisco 🚫

While others took a more political angle, calling for the boycott of sanctuary cities:

No Justice For Kate Steinle and her Family #BoycottSanFrancisco #BoycottAllSanctuaryCities #NoDaca #BuildTheWall NOW!!! #Tucker This truly is a sad day for Justice.. pic.twitter.com/46jZEptyX0

Protect your citizens. #BuildTheWall
And consider building it around California too.

This Kate Steinle Verdict is sickening!#BoycottSanFrancisco

Mayors of sanctuary cities should be charged as accessories if illegals within their jurisdiction commit crimes. They have NO accountability. #NoJusticeForKate #NoJusticeForKateSteinle #BoycottSanFrancisco #BoycottCalifornia

It's the least we can do to right the travesty of San Francisco's #SanctuaryCity policy disaster.

My wife and I considered San Diego for our 30th wedding anniversary. I’ll take her to Iowa before we spend a dime in California pic.twitter.com/ksi13psaLF

A few tweets even argued that Trump's border wall should include California: 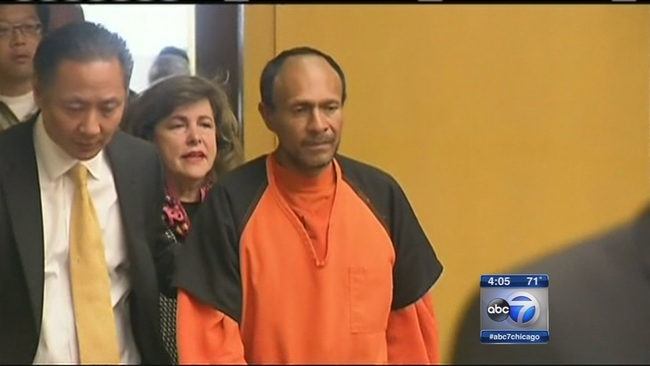 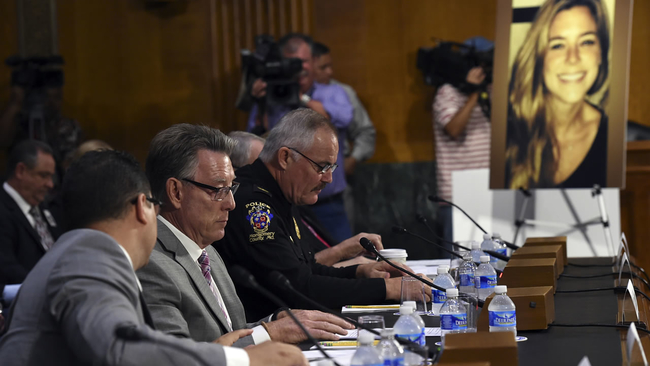