9 injured in semi crash on Kennedy 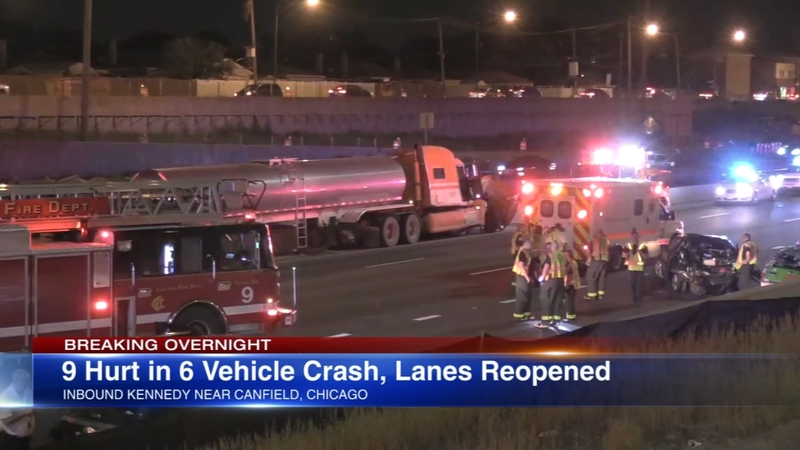 9 injured in semi crash on Kennedy

CHICAGO (WLS) -- A six unit chain reaction crash on the Kennedy Expressway temporarily shut down all inbound lanes and left one person critically injured on Sunday.

Illinois State Police said a semitruck crashed into five cars that were stopped in traffic on the inbound Kennedy I-90 expressway near Harlem Avenue around 12:29 a.m. Sunday, injuring nine people. All southbound lanes of the Kennedy were closed for several hours following the multi-vehicle crash just east of O'Hare Airport.

A 23-year-old Chicago woman, Jiaqiao Xiao, who was a passenger in the first car that was struck, was taken to the hospital in serious condition, police said. The eight other people suffered non-life threatening injuries.

Following the crash, all inbound lanes of I-90 were closed for the accident investigation. All lanes have since reopened.

Illinois State Police issued a citation to the truck driver for failure to reduce speed and avoid collision.