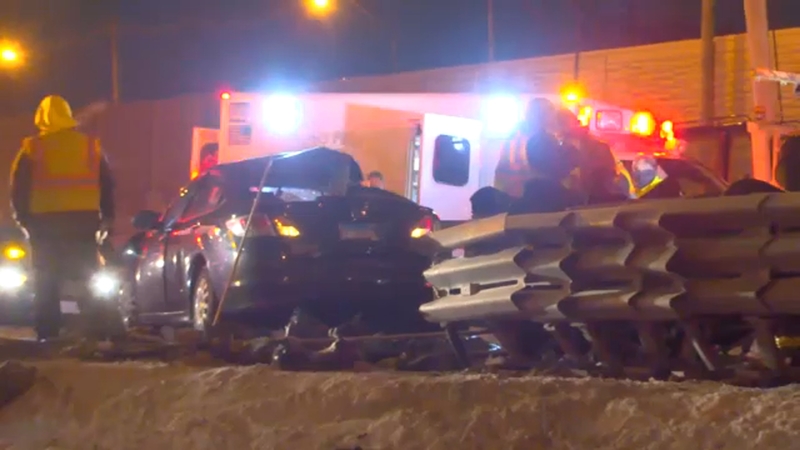 The crash occurred about 1:40 a.m. on the inbound side of the Kennedy at Harlem Avenue, near Chicago's Northwest Side Norwood Park neighborhood, police said. The IDOT workers were putting out cones for a closure and were inside their work vehicle with flashing lights when they were rear-ended by a driver in a gray car, according to police. The impact forced the IDOT truck off the road.

The female driver then took off running from the scene, leaving her car behind, police said. Officials know who the suspect is but had not yet found her as of later Thursday morning.

The three workers were transported to the hospital and are expected to be OK, according to law enforcement officials.

It was not immediately clear early Thursday if the driver was speeding or what may have caused the crash.

Police also did not provide any identifying information about the workers or the person who hit them.