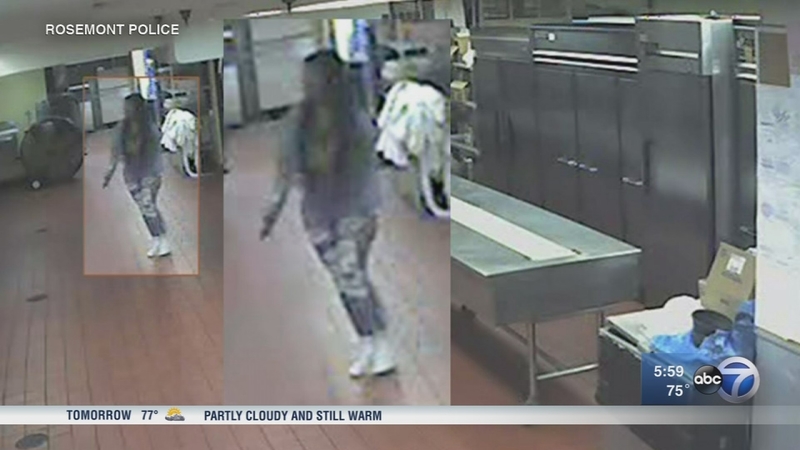 CHICAGO (WLS) -- Rosemont Police announced Friday that they have closed the investigation into the death of Kenneka Jenkins, who was found dead in a hotel freezer in northwest suburban Rosemont in early September.

Rosemont's police chief said in part, "What we have reported throughout the investigation and again today are the facts. At this time, the Rosemont Public Safety Department has closed the death investigation of Kenneka Jenkins and has classified this incident as an accidental death."

Jenkins was last seen in the early hours of Sept. 9 at a party on the ninth floor of the Crown Plaza Hotel and was reported missing that afternoon. Police found her body inside a hotel freezer shortly after midnight on Sept. 10.
Surveillance footage from the hotel showed Jenkins stumbling out of a first floor elevator, eventually making her way to the kitchen. In more than 30 hours of surveillance video provided by Rosemont police and reviewed by ABC7 Eyewitness News, you never see her going into the freezer.

"Our detectives reported no signs of foul play throughout the whole investigation. There is no evidence that Ms. Jenkins was forced to drink alcohol or consume any narcotics while at the hotel. The majority of people at the party included close friends and even relatives of Ms. Jenkins," police said in their statement.

Along with the statement, police released files from the investigation including photos of the crime scene and Jenkins' body. Jenkins family released a statement Thursday night through their attorney saying police showed them the photos and that they thought they raised more questions about her death.
The medical examiner found no signs of physical trauma or sexual assault in his autopsy.