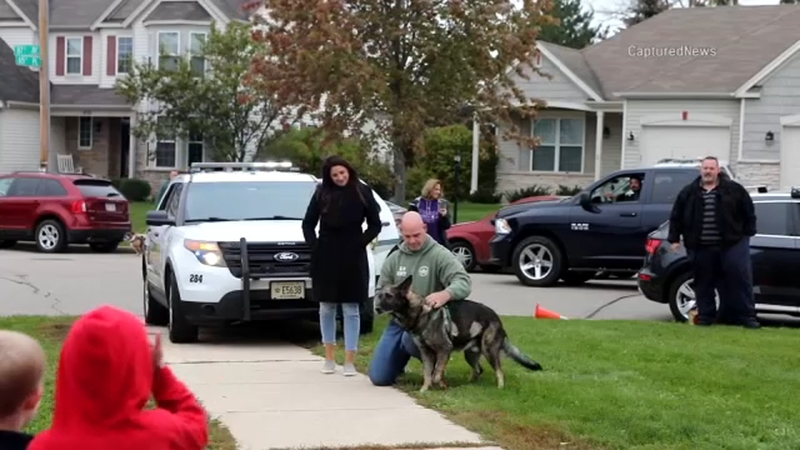 KENOSHA COUNTY, Wis. (WLS) -- A Kenosha police dog that is being called a "hero" was welcomed home Sunday by an enthusiastic crowd after he took a bullet from a Chicago murder suspect last week.

The German Shepard K9, Riggs, was shot during a police confrontation with a man who allegedly killed two people in Chicago Thursday.

"It has been a rough few days," said Riggs' handler, Deputy Terry Tifft.

Despite the wind, a procession came from the vet's office in Illinois, where Riggs was recovering. People, officers, as well as other K9s, lined the way for the hero pup to make his way to Clausen Park Sunday.

Police said Thursday's crime spree started when a 25-year-old man was shot and killed at a bus stop in the Hermosa neighborhood.

Then, just a block away, the same suspect allegedly shot and killed 41-year-old Miguel Padilla Junior during a struggle. Police said the shooter stole Padilla's car.

Two men were killed in back-to-back shootings on Chicago's Northwest Side, and the suspect may have been taken into custody in Kenosha this afternoon.

Chicago police tipped off deputies that a suspect driving the murder victim's vehicle was at the Benson Corners gas station off of Highway 50 in Bristol, Kenosha County Sheriff David G. Beth said.

As deputies confronted on him at 11:15 a.m., the man ran off while holding a gun, Beth said. That's when Riggs leapt after the man and took him down as he was approaching the nearby highway.

The man then shot Riggs once in the forehead, wounding him, Beth said. The German Shepard "trotted off" and was taken to an Illinois emergency center, Beth said. Riggs, who has spent five years on the force, was expected to recover. 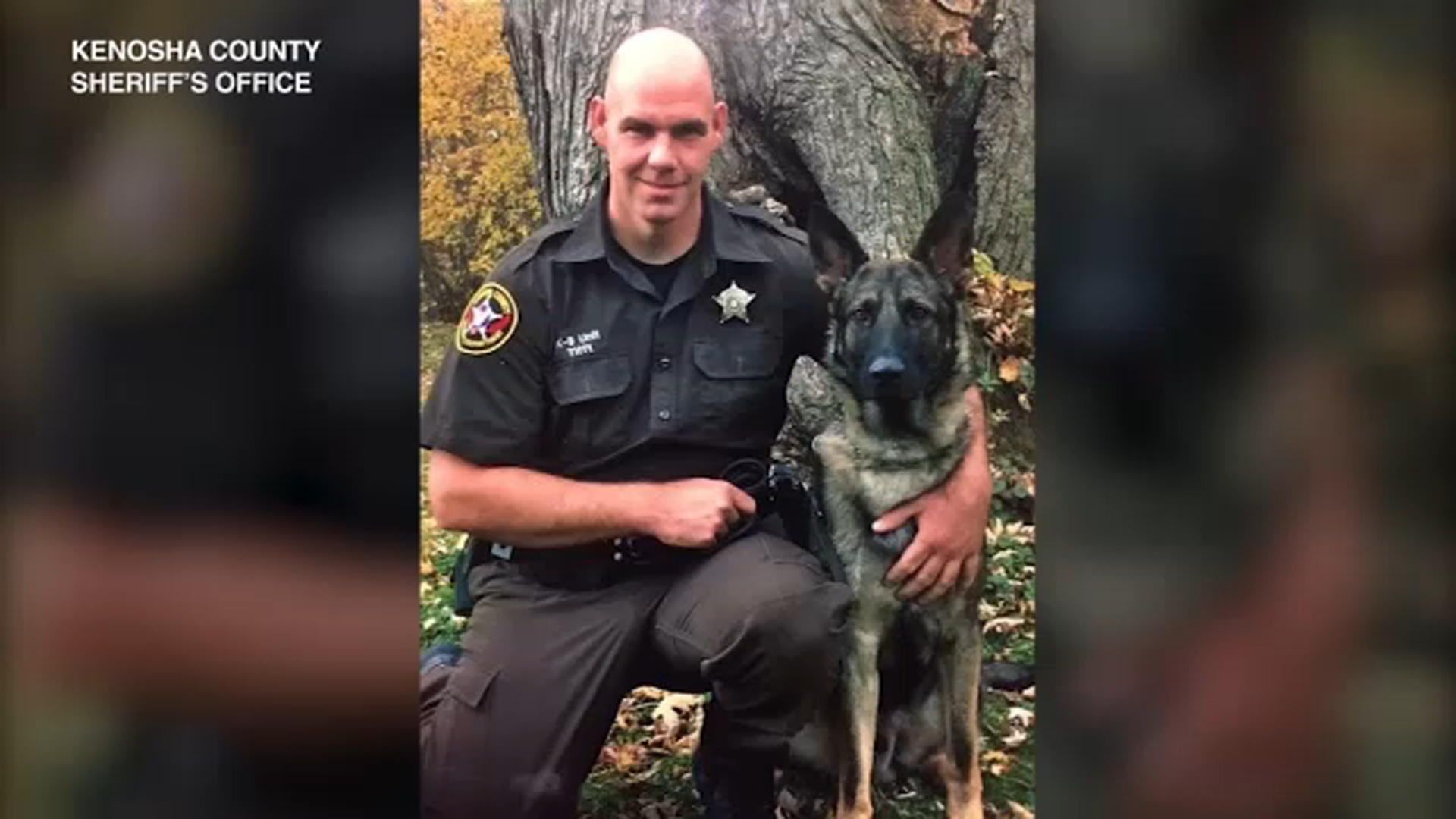 At least two deputies then fired on the man, striking him in the abdomen and leg, Beth said. The man was taken to a hospital for treatment and was undergoing surgery.

"In a lot of ways, he's a hero today. He took the suspect down and kept him from running onto Highway 50," Beth said. "Who knows if he would've tried to carjack someone on the highway."

As a flyover saluted the pair, the crowd heard how the eight-and-a-half-year-old K9 was transported by Salem Lakes ambulance services to a veterinary center in Buffalo Grove, where he was stabilized.

"They brought him in, we triage him and they decided we just kind of had to see what was all going on," said Dr. Taylor Naef. "We stabilized him [and] he was a little shaky after taking a bullet to the head."

Now, both his handler and the K9 are taking a break from police work after their near death encounter. Tifft said he wants to continue working with Riggs, but added that he's entitled to retirement at this point.

"The show of support from the community means more to me than you guys will ever know," Tifft said.

The Racine County sheriff's office was investigating the shooting.