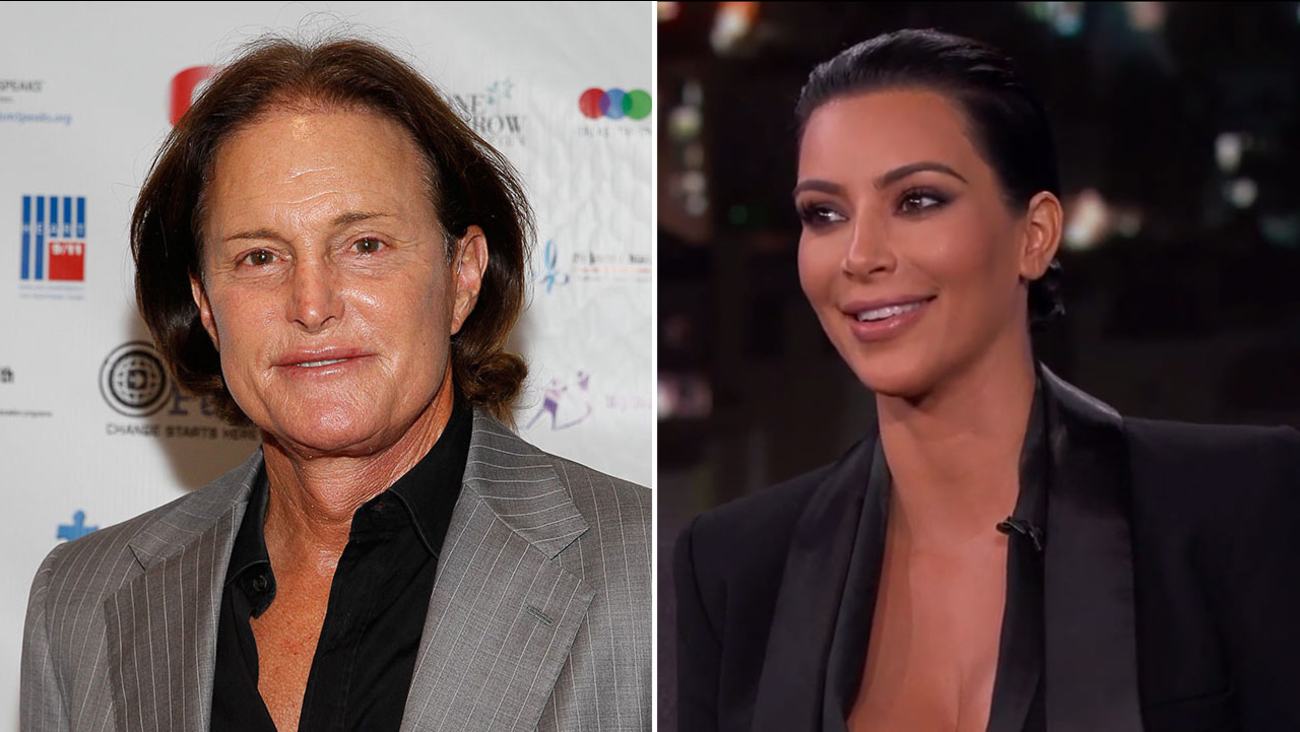 Bruce Jenner is going to look fabulous as a woman. Step-daughter Kim Kardashian will make sure of it.

"If you need help with anything, style-wise, glam-wise, I am here to help you," she said she told him. "Whatever help you need, you have to look and feel your best."

Kardashian appeared on Jimmy Kimmel Live Thursday and opened up about her step-dad's transition after his big announcement last week. Jenner told the world "I am a woman" during a special episode of 20/20 with ABC's Diane Sawyer.

During the special, Jenner said that Kim had been the most accepting in the family. This, Jenner said, was prompted by her husband Kanye West saying, "I am nothing if I can't be me."

On Kimmel, Kardashian said she admires Jenner for doing the interview and is happy about the response.

"It's a really brave thing to come out and be so truthful," she said. "To have all of that support, I think, just meant the world to him and our family.

Jenner has also felt a largely positive response to the interview, Kardashian said.

"He is so happy," she said. "He's just, I think it's the sense of relief from all of the amazing support that he's felt."

Kardashian also said she joked about the family dynamics and fighting over fashion advisers.

"There are too many girls in this family," she said she told him. "Whatever you do, do not steal my glam team. They are mine."