The I-Team investigated the "Billion Dollar Landlords" and the tenants who say they're being bullied by them.

CHICAGO (WLS) -- The I-Team investigated the "Billion Dollar Landlords" and the tenants who say they're being bullied by them. There are allegations that the landlords are quick to threaten evictions and slow to repair.

The complaints include problems with overall living conditions, repairs, and billing disputes, as well as quick eviction threats. In a joint investigation the ABC7 I-Team and ABC News are exposing complaints connected to the new trend of "Billion Dollar Landlords."

Trisha Guzman said the list of problems she's had with her rental home on the city's Northwest Side start at the front door.

Jason Knowles: "I lock the door and I'm going to close it. The problem?"

Tisha Guzman: "You can come right in."

She said the top deadbolt does lock but the key won't open it.

"It just makes us feel unsafe. And sad, because every person wants a home. Everyone wants a nice home for their child," Guzman said.

There's also a refrigerator she said constantly defrosts and spoils her food, cracks in the basement which she said bring water in, and flickering lights.

She said sometimes repairs are made quickly, other times there are delays or sometimes no fixes at all.

The landlord said call logs and work orders show that they have been responsive, and to a large list of repair issues. The landlord also said that Guzman didn't inform them about some of her gripes, which she showed the I-Team. Guzman disputes that claim.

"They try to intimidate you," she said.

Guzman said things got so bad for her, she withheld her rent. Now she's being evicted.

Her landlord said Guzman never gave written notice that she was withholding rent, but her attorney Caroline Smith said that doesn't matter under Chicago tenant laws.

"She had exhausted all of her remedies. She had sent plenty of emails to Invitation Homes," Smith said.

"They constantly remind you that they are a large corporation," Guzman said.

Guzman's landlord is actually a billion-dollar corporation called Invitation Homes, which rents out about 2,900 homes in the Chicago area alone.

The I-Team, ABC News and ABC affiliates across the country uncovered dozens of maintenance issues from tenants who rent from Invitation and another billion dollar landlord, Starwood Waypoint Homes. One Waypoint home had a complaint of toxic mold.

The two companies are in the process of merging and will soon own 80,000 homes nationwide.

But in Romeoville, the I-Team found an angry Waypoint Homes customer.

"Where are we going to go from here? How are my kids going to stay in the same school district?" Alicia Anderson asked.

Anderson's 2016 billing dispute over a security deposit snowballed into eviction proceedings. Waypoint told the I-Team it made a "mistake," using her security deposit for a rent payment in 2016.

"Because there was a missed rent payment last year when I first moved in, due to some mishandling of their bookkeeping," Anderson said.

When Anderson was in a dispute about replenishing that security deposit, emails show that Waypoint would not accept her payments for two months. Then a "five day landlord notice" - the beginning of an eviction process - was taped to her door.

"Just a lot of scare tactics," she said.

Waypoint dropped the eviction proceedings after Anderson paid those months of back rent and court fees. After the I-Team became involved, Waypoint issued her a $1,000 rent credit and said, "We could have handled the situation better."

Both Waypoint and Invitation Homes said the overwhelming majority of their customers are happy. They also noted they have a 98.8 percent satisfaction rating on surveys after repairs are completed.

"Any disappointed resident is one too many. And we're committed to working with all of 'em," Young said.

After the I-Team interviewed Guzman in September she reached a confidential settlement with Invitation. Last week she was packing up to quickly move out.

"The only thing I can do now is put things in storage and hope for the best," Guzman said.

Guzman spoke to the I-Team on camera before she signed the confidentiality agreement with Invitation Homes.

You should read your lease carefully and weigh the pros and cons of having a private versus a corporate landlord.

Thursday on Good Morning America, World News Tonight and Nightline Brian Ross continues this investigation into "billionaire landlords." You'll hear more tenant complaints and ABC News will show you the billionaire real estate investor behind some of these properties, and how that man is connected to President Trump. 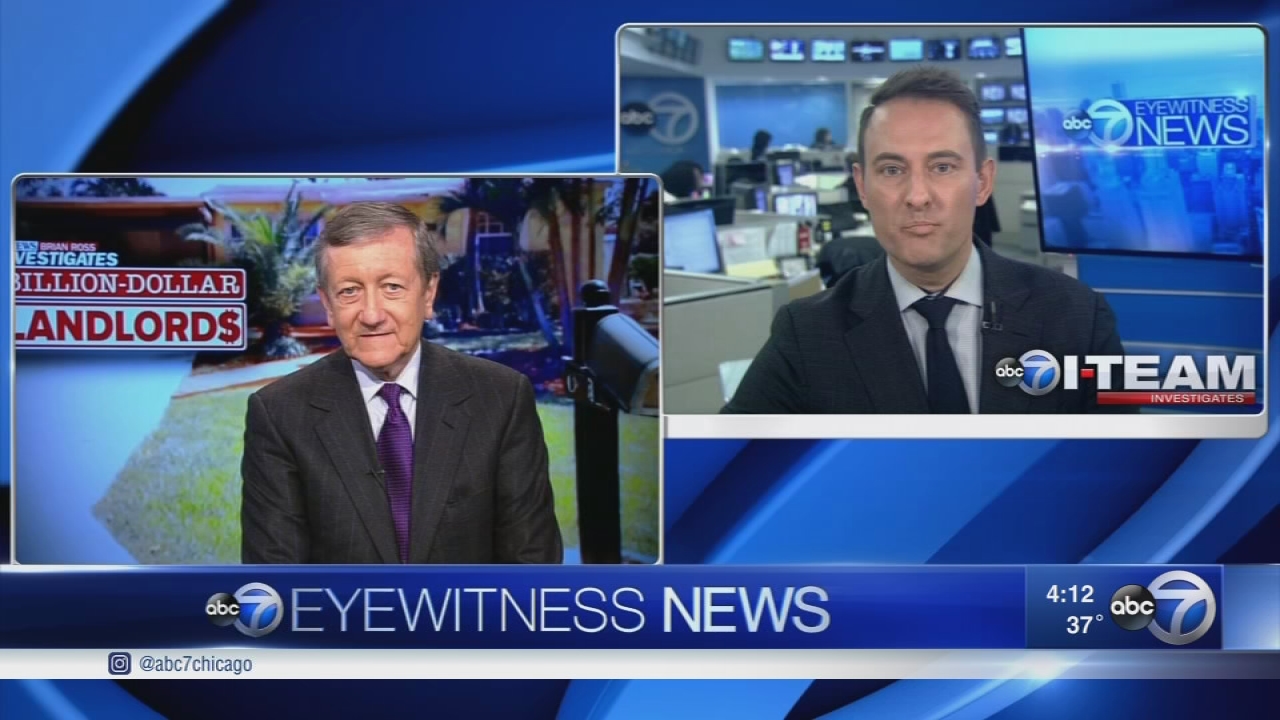