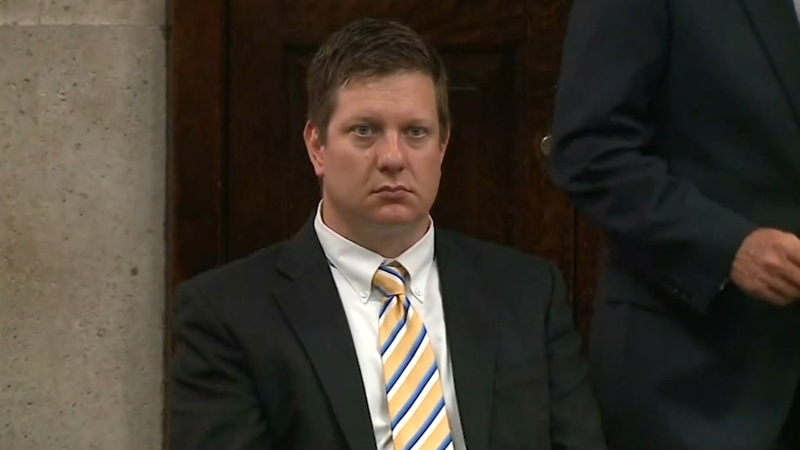 Judge Gaughan said today that if that process can go ahead and they can find those impartial jurors, they will move forward. But at this point, he will defer any decision on change of venue. The trial will begin on Sept. 5 in Cook County.

Van Dyke is accused of murdering Laquan McDonald in 2014.

Attorneys for Van Dyke argued during the hearing Friday his murder trial should be moved outside of Cook County.

Van Dyke's attorneys argued he cannot get fair trial in Cook County because of the case's publicity. The expert on the stand cited television, newspaper and social media coverage that could taint a jury pool.

His attorneys hired a social psychologist to determine the impact of attention to the case on potential jurors.

A trial expert testified about news coverage of the case and opinions of prospective jurors in Cook County.

Under cross-examination expert Bryan Edelman acknowledged that some surveyed shared they had no opinion on Van Dyke.

The expert for the defense also surveyed prospective jurors in Lake and Madison counties. He said of those two counties, Madison would be a better location because fewer of those surveyed knew much about this case and had not formed an opinion, but that expert did stop short of making a recommendation about where that trial should be held. Judge Vincent Gaughan will make that determination.

It's unclear if the judge will make a decision Friday.

On Tuesday, they asked to bring in a different judge to decide whether or not to move the trial. That motion was denied.

Van Dyke was charged with first-degree murder in the black teen's shooting death. Dashcam video released in 2015 showed Van Dyke shooting the teen 16 times as he walked down the street with a knife.