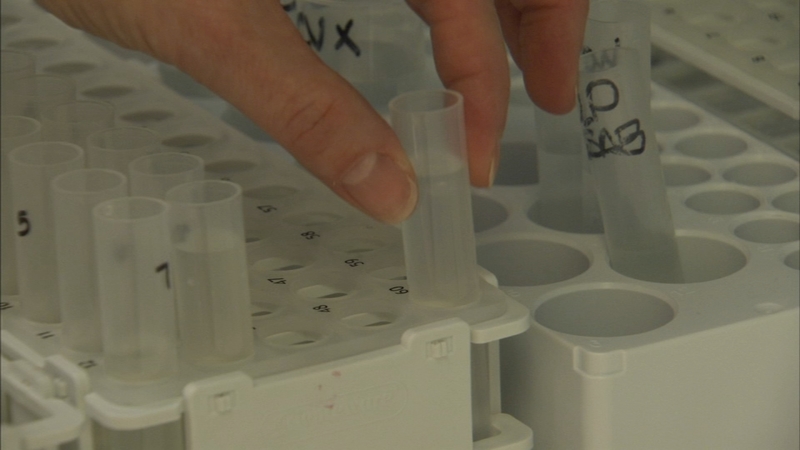 Health experts say Illinois has one of the highest rates of children poisoned by lead, in the nation. Now new rules could help parents reduce that lead exposure before it's too late.

Caitlin Szontagh's two boys have been battling lead poisoning, which the family attributes to lead paint in a former rental home.

The I-Team has followed their journey since 2016. Months after the exposure the landlord said she diligently resolved the matter, removed the lead paint and never admitted any liability.

This week the Illinois Department of Public Health announced that new rules will increase the number of children identified with lead poisoning. The testing level which triggers action has now been lowered to 5 micrograms per deciliter, in line Centers for Disease Control. The CDC cautions no level of lead is safe.

"It will provide more widespread services to look for the sources of lead for individual children in their homes," said Dr. Helen Binns, attending physician at Lurie Children's Hospital. She said children in Illinois will benefit from the new rules.
Binns said the new lower alert level means more resources will be provided to those affected like ongoing screenings, education and home inspections.

"Home inspection is a costly endeavor for families trying to do that on their own they may have to shell out $500 and that's just the start of a process which requires if there is a lead hazard found, then there's the cost of the lead remediation which is another big chunk of money," she said.

In recent years the I team has exposed high levels of lead and the overall problem in candy, water fountains and paint in the Chicago area.

"We have major cities, we have a lot of old housing throughout the state this is, we are going to always have this problem," Binns added. "It's still a problem in 2019."

in 2017, the state said 7,000 children tested positive for lead at that new threshold level of five.

State law already requires that all children six years or younger be tested for lead.