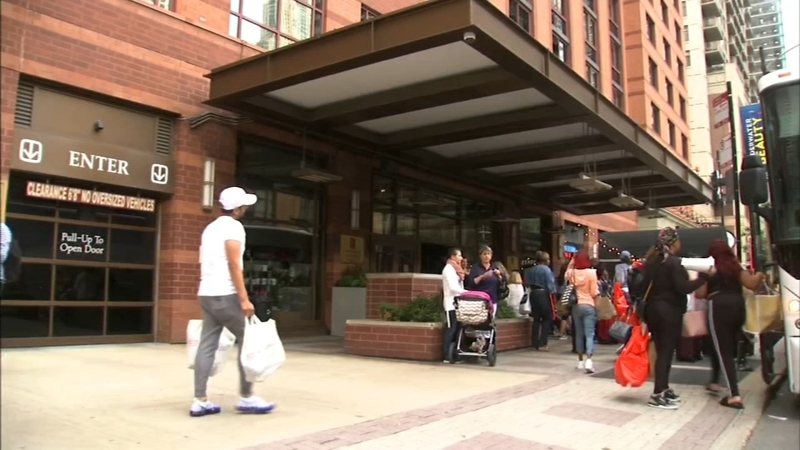 CHICAGO (WLS) -- The Chicago Department of Public Health is investigating two confirmed cases of Legionnaires' disease in which the only commonality is that the individuals both stayed at the same downtown hotel.

Officials said both cases have been confirmed by a laboratory, and both patients have been treated and are recovering.

Officials said the two individuals both stayed at the Embassy Suites hotel at 600 North State Street in the city's River North neighborhood.

It's not known whether the Embassy Suites was the source of the bacteria that causes the illness, and water at the hotel is being sampled, officials said.

The hotel is cooperating fully with the investigation and officials said there is no immediate risk to the public. They are notifying thousands of guests who stayed there from early August to early September about those two cases.

"We've been working with this hotel very closely since we heard about it. They've taken appropriate actions and have shut down any potential sources of this bacteria," said Dr. Julie Morita, Chicago Department of Public Health.

A guest said they were not notified about the illness or testing upon check-in.

In a statement, the Embassy Suites said, "Our primary concern is always the safety and well-being of our guests and employees. We are working closely with the City and are taking all appropriate steps as directed."

At the health department's recommendation, the hotel has closed all their water features, including the pool, while testing is underway and are undertaking a thorough disinfection.