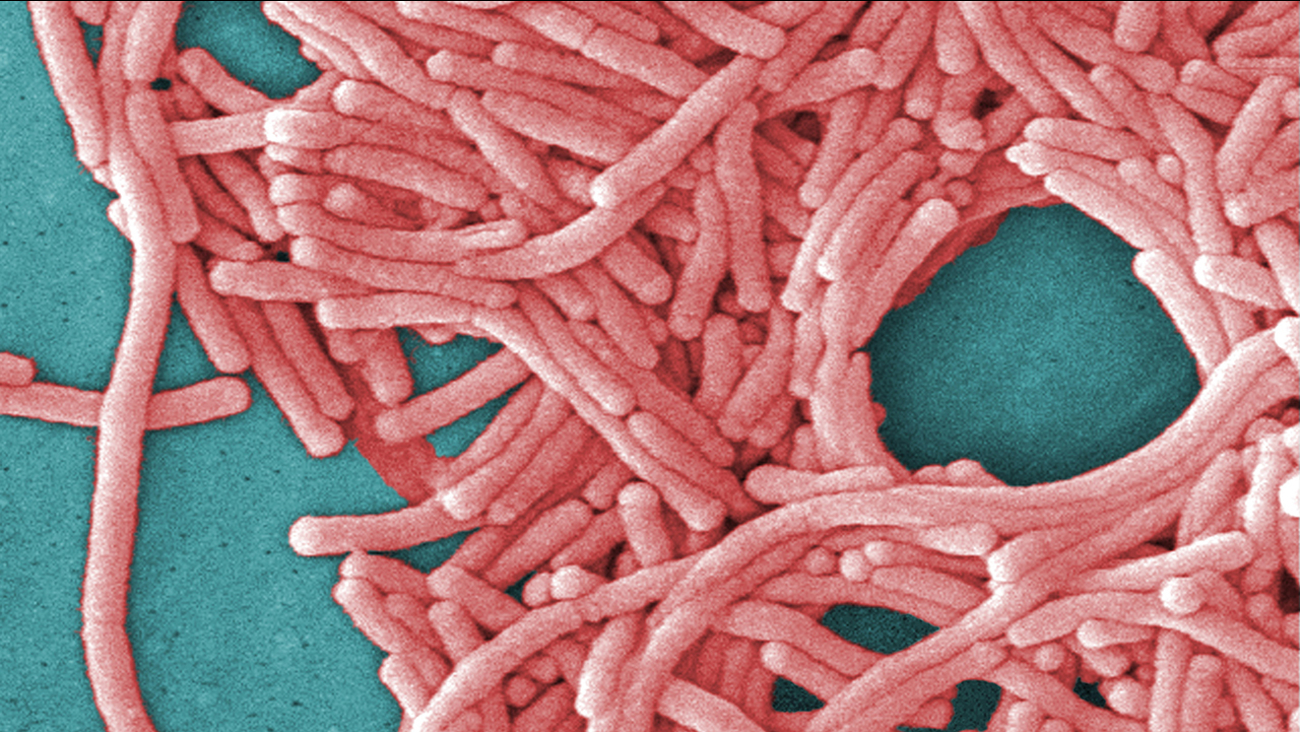 This undated file image made available by the Centers for Disease Control and Prevention shows a large grouping of Legionella pneumophila bacteria (Legionnaires' disease).

Officials with the Will County Health Department say they haven't found an outside source for the two cases of the disease found at Lakewood Nursing Home & Rehab, 14716 S. Eastern Ave., the health department said in a statement released Monday.

County and state health officials are working with the senior home to look of other potential cases, and to review water management plans to reduce exposure to aerosolized water, the health department said.

The Illinois Department of Public Health and the DuPage County Health Department are investigating three cases of Legionnaires' disease in former patients of Central DuPage.

In a statement, the nursing home said it has implemented its "Water Management Program and Environmental Risk Protocol."

"We have taken these extreme measures as a safety precaution until this possible threat is ruled out for us," the statement says. "Our goal in deploying our Water Management Program and Environmental Risk Assessment Protocol is to ensure our residents, staff and visitors are safe and we will take every precaution we can until this risk is eliminated."

Legionnaires' can't be spread from person-to-person, but can be deadly.

Most recently, two fatal cases of Legionnaires' at a Carol Stream retirement community were reported by health officials last week.

Other fatal cases of Legionnaires' include 13 people who died after contracting the disease since 2015 at the Illinois Veterans home in Quincy.

Legionella bacteria are transmitted through water droplets and can cause serious lung infections. The bacteria mixes with the air in showers or fountains. Most healthy people are not infected after being exposed to the bacteria.

The disease was discovered in 1976 during an outbreak at a Philadelphia convention of the American Legion.