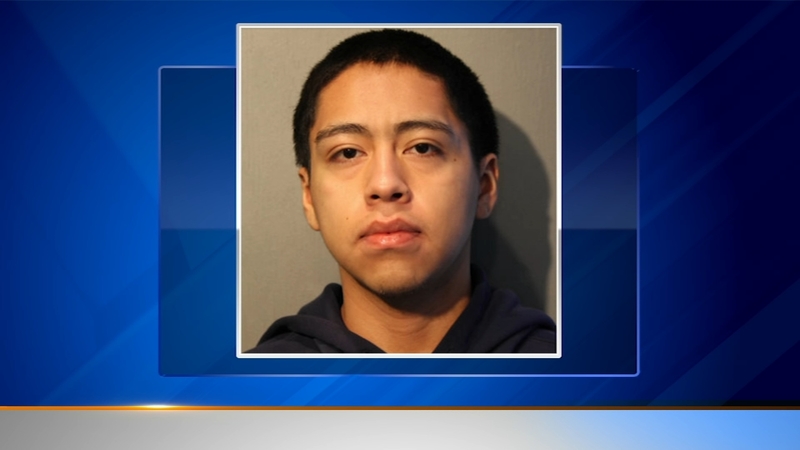 CHICAGO (WLS) -- A person of interest in the murder of a nurse killed in a drive-by shooting in Chicago's Little Village neighborhood last week appeared in court Monday.

Armando Lopez, 19, is charged with fleeing and eluding police in a car wanted in connection with the murder of Frank Aguilar. A judge ordered him held without bond. But no charges have been filed in Aguilar's death.

Prosecutors allege Lopez drove through three stop signs and went onto the expressway traveling at 100 miles per hour before crashing into three parked cars.

Lopez and his passenger were taken into custody for questioning. The passenger was released without any charges.

Sean Harrison, who represents Lopez, said that the 19-year-old is awaiting trial on a weapons case. Harrison said that in his view, the judge's no bond order was not made in a vacuum.

"It's an extremely high bond considering the charges of fleeing and eluding," Harrison said. "It's very surprising; nothing to do with the investigation, we can take that with a grain of salt."

On Nov. 12, Aguilar was in Little Village to visit his family and do laundry. He was carrying a laundry basket in the 3700-block of West 32nd Street when someone in a gray SUV drove by and opened fire, police said.

Aguilar's family said they want to see those responsible for his murder face justice.

"It hurts just to be here, but we need justice, our family needs peace," said Airam Barahaona, Frank's nephew.

Aguilar's family will schedule his wake and funeral sometime this week.