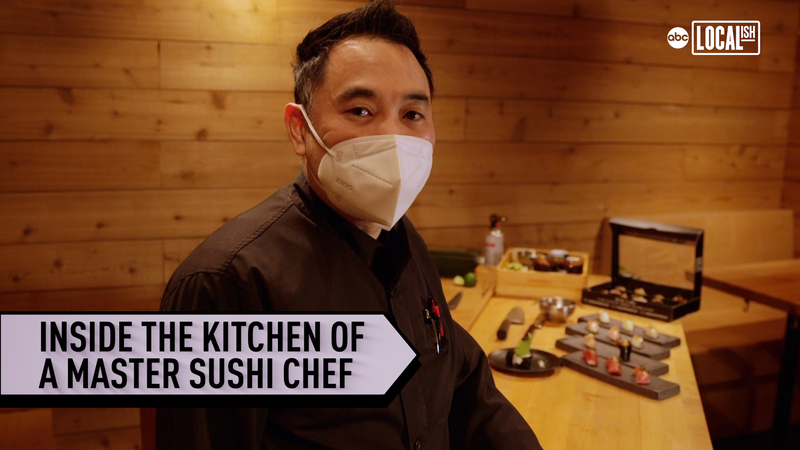 CHICAGO -- Sushi-san is one of Chicagos premiere Japanese restaurants and home to the citys most esteemed master sushi chef, Kaze Chan.

"Were thankful every day that we get to work with Master Chef Kaze-san," said Sushi-san partner Amarit Dulyapaibul. "You'd be hard-pressed to find a sushi restaurant in Chicago or a sushi chef in Chicago that hasn't been in some way informed or trained directly by Kaze."

Unlike the traditional Edomae-sushi, fish and soy sauce, Chan has developed a sushi menu with unexpected and adventurous flavors.

"To make one topping for a fish, I have to eat that fish for one month just plain," Chan said.

Embedded in downtown Chicago in the River North neighborhood, Sushi-san built much of their business from daily lunch and dinner crowds for downtown office workers. The COVID-19 pandemic eliminated that customer base, the restaurant had to pivot over the past year.

Before indoor dining came back, Sushi-san started selling TOGO-makase as a new version of their Omakase, meaning chef's choice.

"The thing Im proudest of is the way our team was agile and able to pivot during this past year," Dulyapaibul said.