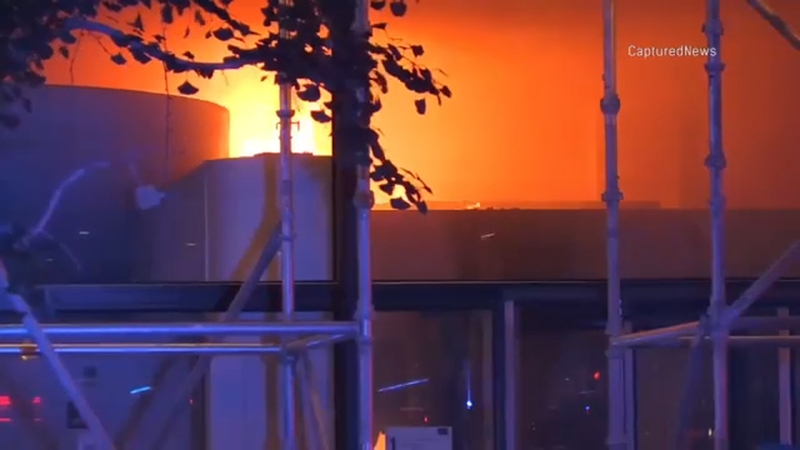 CHICAGO (WLS) -- A fire broke out at early Wednesday morning at a Citibank branch in the Loop after someone set ablaze a pile of paper, officials said.

The fire started about 2:30 a.m. in the lobby, Chicago fire officials said. There were over 100 people working overnight in the building that initially were sheltered in place and were later evacuated by fire personnel.

Some flames were visible, but they appeared to be mostly contained to the ground floor.

It was a very active scene early Wednesday as firefighters worked to get the blaze under control.

All of those inside were evacuated, and one person was taken to Northwestern Memorial Hospital due to a "medical emergency," which was non-life threatening, Chicago fire officials said.

Chicago Fire Department spokesman Larry Langford said firefighters quickly extinguished the small fire in an ATM vestibule, which was caused by a person who entered the vestibule around 2:15 a.m., where someone else was sleeping.

"Someone grabbed a bunch of deposit envelopes, paper supplies and lit them. That was pretty much it," Langford said.

A Chicago police spokesperson said no one was in custody.

This is the same building that was the scene of a large deadly fire nearly 20 years ago. Back then, there was confusion during the evacuation that resulted in fire department policy changes, new strategies and new equipment to use, including high-rise rescue first, if necessary. Six people died in that fire after they became trapped in smoke-filled stairwells by doors that locked behind them.