Friends of the Parks: Lucas Museum lawsuit not dropped 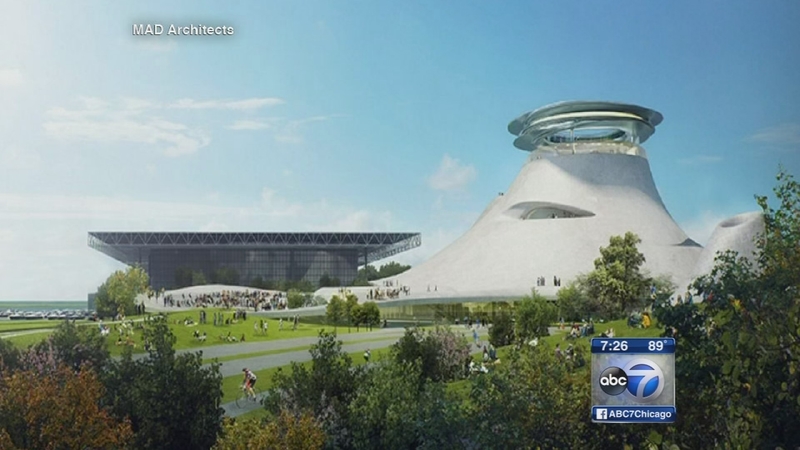 Friends of the Parks: Lucas Museum lawsuit not dropped

CHICAGO (WLS) -- Plans for a Lucas Museum along Chicago's Lakefront are merely that, just a proposal that might be derailed by litigation brought by Friends of the Parks.

Reports circulated Friday morning that the Friends of the Parks might be softening their stance against the city's plan to put the Lucas Museum on the lakefront.

News that the FOP might drop their lawsuit was met with a magnanimous response by Mayor Rahm Emanuel.

"All of us, I think, want to create a situation in the city of Chicago, what I refer to as a win-win," said Emanuel.

But that news was rejected by the organization that is suing the city for considering a lakefront site for the Lucas Museum.

FOP Board President Lauren Moltz and Executive Director Juanita Irizarry issued the following statement on Friday: "Contrary to recent reports, our board remains fully united on the preservation of our lakefront and ensuring that the public trust doctrine is not ignored. We do believe that the Lucas Museum has a place in Chicago for all to enjoy, but not at the expense of one our most precious public resources. We have always said we were open to discussions. Anything else you hear is rumor and speculation. We are not dropping the lawsuit."

Sources tell ABC7 board members for Friends of the Parks were briefed on the lawsuit this week and that the lawsuit proceeds forward.

Sources also tell us while the communication is open, there is no current discussion to find a compromise.

Despite the private and public discussion, on Friday the mayor emphasized his hope to ultimately bring the museum to Chicago.

"I'm committed to try to find a way that all of us that love this city, and people of different views can work together and have a situation where Chicago's cultural plans and open space, which are part of who we are as a city, can work together in enriching the city economically, culturally and educationally," said Emanuel.

The FOP filed suit against the city in May to prevent the Lucas Museum from being built on the lakefront. In response to that filing, Mayor Rahm Emanuel filed an emergency petition in an effort to get that lawsuit thrown out.

One of the potential locations for the museum is the parking lot between Soldier Field and Lakeside - McCormick Place.

"It's not like there aren't buildings there. There's a parking lot," Emanuel said previously about the land.

Irizarry told ABC7 on May 3, that the organization wants to see the Lucas Museum in Chicago, but to go someplace away from the lakefront, like the Michael Reese Hospital site in Bronzeville,

In early June, Gino Generelli delivered a petition with 2,500 signatures to Friends of the Parks, asking the group to stop its lawsuit.

The museum's supporters say the attraction would bring more business to the city.

"Star Wars" creator George Lucas and his wife, Melody Hobson, have said they're looking at other cities because of the legal holdup in Chicago.