Super blood wolf moon 2019: What to know about Sunday's eclipse 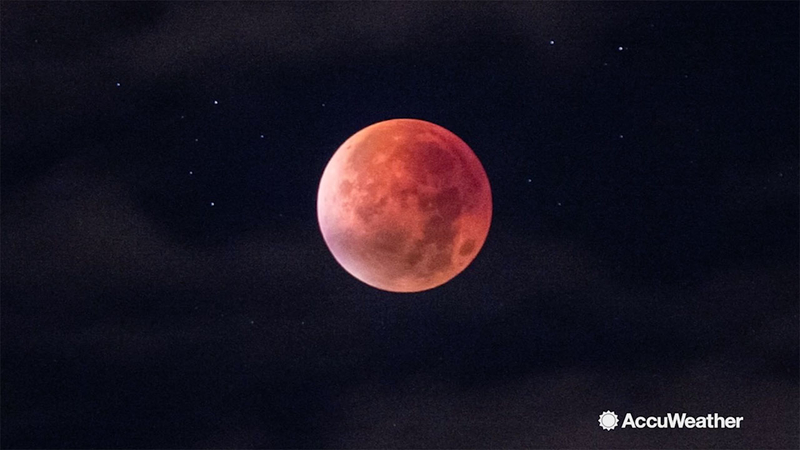 This weekend the sky is putting on a howlingly good show: a super blood wolf moon.

Here's everything you need to know about the phenomenon.

When is the super blood wolf moon?

The moon will be big and bright throughout the night on Sunday into Monday morning, but the true show -- the total lunar eclipse -- will begin around midnight ET and last for about an hour.

The partial eclipse will begin about 90 minutes before the total eclipse begins, according to AccuWeather.

Never heard of a super blood wolf moon? Here's what the name means.

What is the super blood wolf moon?

The term is being used because there are several lunar events happening at once. Let's break it down:

"Super moon"
A super moon occurs when the full moon is at its closest point to Earth. This means it appears bigger and brighter than usual.

"Blood moon"
The term "blood moon" refers to the most exciting part of Sunday's show, the total lunar eclipse. It's called a "blood moon" because, from Earth, the moon appears blood red as it passes into Earth's shadow. It's not an astronomy term but has become a popular term because it's so dramatic, according to AccuWeather and the Old Farmer's Almanac.

"Wolf moon"
Every month has special names to describe the full moon. The names originate from Native American folklore, according to AccuWeather. The most widely used name for January's moon is the "wolf moon."

How to see the super blood wolf moon

Much of the U.S. is expected to have fair to good viewing conditions.

Total lunar eclipses are one of the best astronomical events to view without equipment, so it should be easy to catch. All you need to do is go outside around midnight ET (or anytime for about the next hour) and look up. You can also watch the partial eclipse before and after totality.

What else you should know

This will be the last total lunar eclipse of the decade. If you're more of a super moon enthusiast, though, you're in luck. Next month's moon will be even closer and brighter, according to EarthSky.