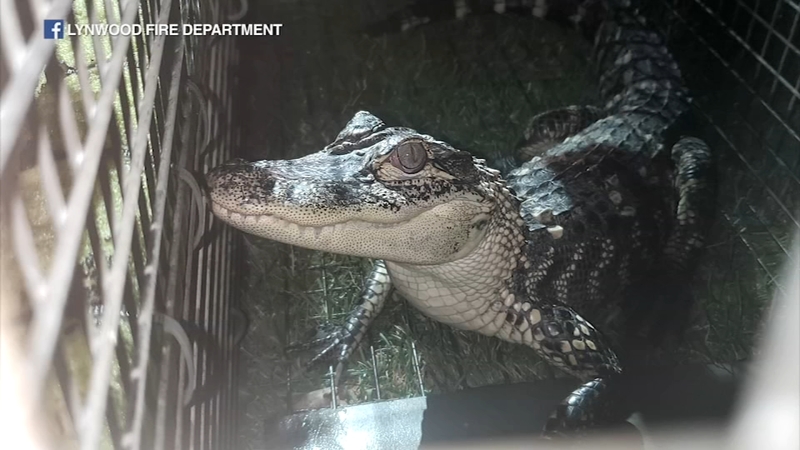 LYNWOOD, Ill. (WLS) -- An alligator that had been spotted in a lake in south suburban Lynwood has been captured, the Lynwood Fire Department said Friday

The alligator, who has been named Alex by a local kid, was captured safely. The reptile will be quarantined for 30 days before being sent to a licensed reptile park in the south, the fire department said. The exact location has not yet been determined.

Lynwood police responded to Lake Lynwood Wednesday morning after the alligator was sighted. Lynwood police and firefighters searched the area and used a drone to try to locate the reptile.

Believe it or not, it's been one year since "Chance the Snapper," the infamous Humboldt Park alligator was pulled from one of the park's lagoons.

The alligator is three-and-a-half feet long and its gender is not known.

Cook County Animal Control was also contacted and a representative of the Chicago Herpetological Society who has experience humanely capturing alligators was brought in to help.