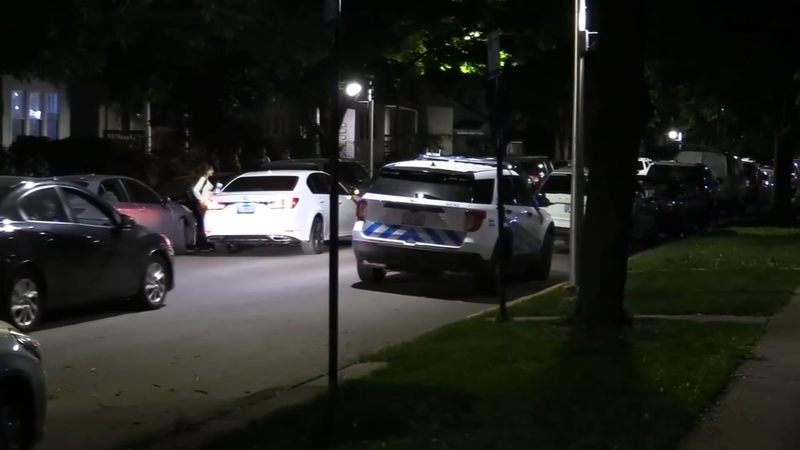 CHICAGO (WLS) -- Chicago police announced charges against a man accused in a series of armed robberies involving a man wielding a machete.

Convicted felon Andre Gonzales, 35, has been charged with four counts of armed robbery, according to Superintendent David Brown.


Police said he was taken into custody during a traffic stop near his home in the 10000-block of South Avenue C, Brown said, adding that he would allegedly drive to the other side of the city to commit these crimes.

Convicted felon Andre Gonzales, 35, has been charged with four counts of armed robbery, according to Superintendent David Brown.

He appeared in court Wednesday and ordered held without bond. Investigators say Gonzalez would approach victims and threaten them with a machete before taking their belongings. The assistant state's attorney said in the bond hearing that in one case Gonzalez robbed a woman of her purse and later dumped it after taking cash and credit cards.

"Records show that some of the victim's credit cards were utilized four times after this incident," Cook County ASA Sean Kelly said.

"The offender is suspected of committing seven other armed robber incidents involving a machete as a weapon, which are still under investigation," Kelly said.

Gonzalez is also due in court Friday in Maywood on an unrelated identity theft charge.

One of the incidents Gonzalez is alleged to be involved in, from Friday night in Avondale, was caught on security camera. The video shows a man in a silver car pulling over in the 3300-block of North Monticello. He gets out when a woman walks down the street, approaches her demanding her property which she appears to give to him, and then drives off.


News of the robbery spread fast through the neighborhood, prompting Chris Griffith to check his Nest camera.

"I was just looking to see if there were any cars going down the street and was shocked to find out that it happened right on our steps," he said.

The robber is connected to at least eight incidents, Chicago police said. 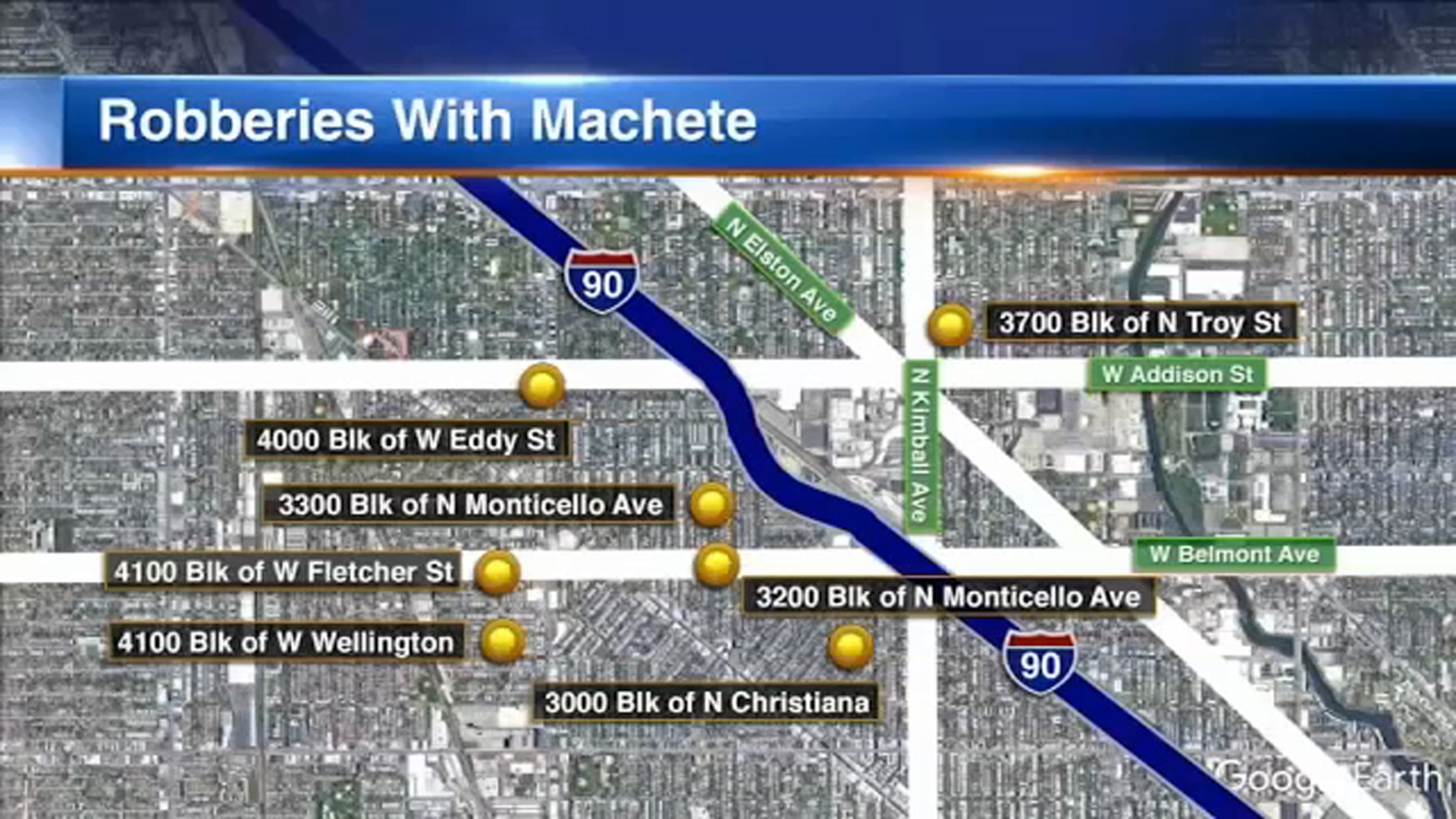 Chicago police announced charges against a man allegedly involved in a series of Northwest Side robberies involving a machete.

One victim, who asked to remain anonymous, said he encountered the suspect on the night of Memorial Day in the 2800-block of North Francisco Avenue. He said a man in a dark hoodie charged at him with a machete and then stood over him as he fell.

He said he didn't have his wallet and pleaded with his attacker, who patted him down, took his phone and then fled in a silver or gray sedan.

Sunday night a 52-year-old man walking on the sidewalk in the 3700-block of North Troy Street at about 9 p.m., police said.

The victim's wife, who asked not to be identified, said her husband was on his way home and carrying a box of pizza when the suspect approached and demanded his property.

She said her husband first thought he could overpower the suspect, who he described as having a small build, until he saw the giant knife.

The suspect attempted to strike the victim with the machete, which caused the victim to fall to the ground, police said.

She said her husband ducked the suspect's swing and fell.