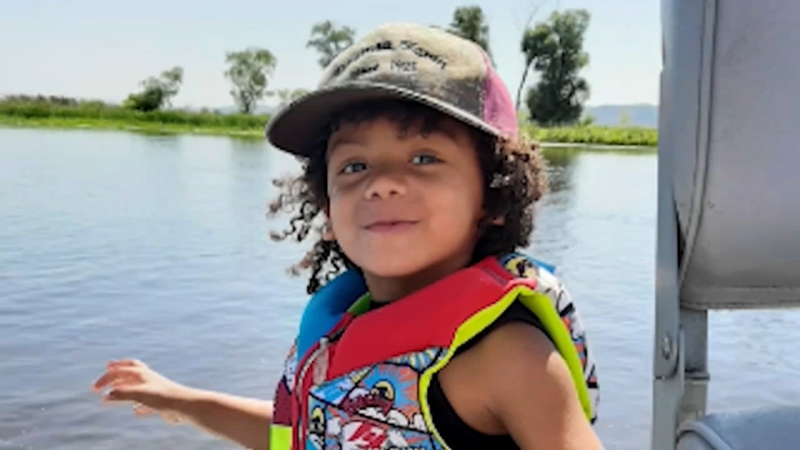 MILWAUKEE, Wis. (WLS) -- A missing toddler who found dead in Milwaukee was killed by a gunshot wound to the head, according to the medical examiner.

Major Harris, 3, and his mother Mallery Muenzenberg disappeared on October 9. Five days later, Muenzenberg was found shot to death in a Milwaukee backyard.

The suspect in her slaying, Jaheem Clark, killed himself on Sunday as police arrived at his residence.

Harris' body was found in a dumpster Thursday. His father spoke out Friday, criticizing Milwaukee police.

"I am furious," Carlton Harris said. "They knew my son was dead days ago, and they withheld information from me."

Six arrests have been made in Muenzenberger's death. All but two people were released from custody.

The medical examiner's office tweeted Friday that an autopsy showed Harris had been shot in the head and his death has been ruled a homicide.

The office also tweeted that an autopsy conducted Tuesday confirmed Clark shot himself in the head.