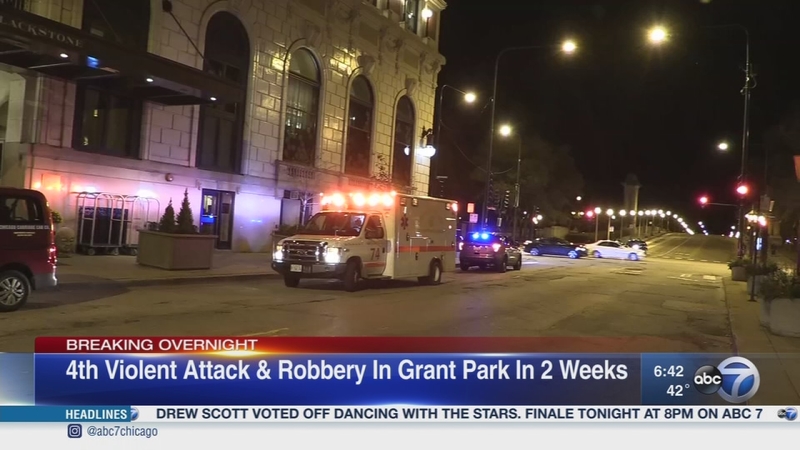 CHICAGO (WLS) -- A man was attacked Monday night by a group of at least four male robbers near Grant Park in Chicago's South Loop, leaving his face bloody and his clothes torn, police said.

The 22-year-old was walking in the 600-block of South Michigan Avenue when the group walked up to him around 10:30 p.m. One of the suspects grabbed him and took his wallet while the others hit and kicked him, police said. Then they took off running, heading south on Michigan.

The victim suffered minor injuries, but declined medical treatment, police said. No one is in custody. Area Central detectives are investigating.

This incident could be part of a pattern. It's the fourth violent robbery in the area in two weeks.

Police said groups of people, typically young people, approach victims on the sidewalk and punch and then kick them. When they are down on the ground, the suspects then rob them of whatever they have.

Roosevelt University also notified their students and staff of the recent attacks, since the campus is located steps away from where they occurred.

The downtown area will soon be swarming with holiday shoppers. Police said anyone spending time in the area should be on alert.