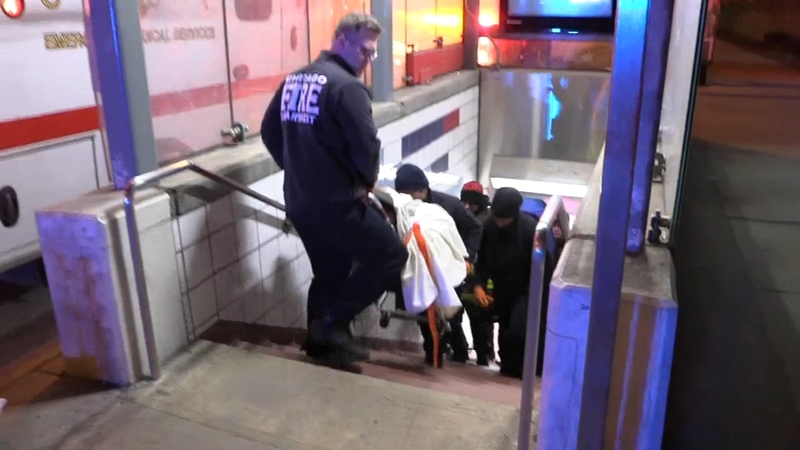 The man was found on the Red Line train at around 1:40 a.m. He was carried out of the subway at State and Harrison streets and transported to Northwestern Memorial Hospital in serious condition, the Chicago Fire Department said.

"His whole face was bloody, blood out of his mouth, out his nose, blood all on his shirt, blood all on his pants," Curry said. "It looked like he was in a serious, serious altercation. But we couldn't figure out how long he was on the train or did it happen on the property. All the passengers said he was already there."

"There is no indication that those injuries occurred on or near CTA property," the statement said.