WLS
By Meghan Kluth
WHEELING, Ill. (WLS) -- A man is charged with attempted murder after he allegedly shot an Illinois State trooper serving a search warrant at the man's northwest suburban home.

Volodymyr Dragan, 43, allegedly fired shots from inside his home in the 400-block of Hickory Drive in Wheeling on Thursday and struck the trooper, Illinois State police said.

Troopers had been executing an arrest/search warrant related to a traffic stop on -294 at about 1:30 a.m. on Thursday, police said.

The trooper was transported to a hospital with non-life-threatening injuries and was released Friday afternoon. The 32-year-old trooper is a five-year veteran of Illinois State Police.

Dragan is due for a bail hearing Saturday at the first district county courthouse, police said.

SP Acting Director Brendan F. Kelly. said in a statement, "The men and women of the Illinois State Police again and again display bravery simply by doing the job they've sworn to do. This officer, and all first responders who responded today, showed uncommon valor in what is becoming an all too common situation. The officer and his family will be in our hearts during his recovery."
Report a correction or typo
Related topics:
wheelingpolice officer shotillinois state police
Copyright © 2020 WLS-TV. All Rights Reserved.
RELATED 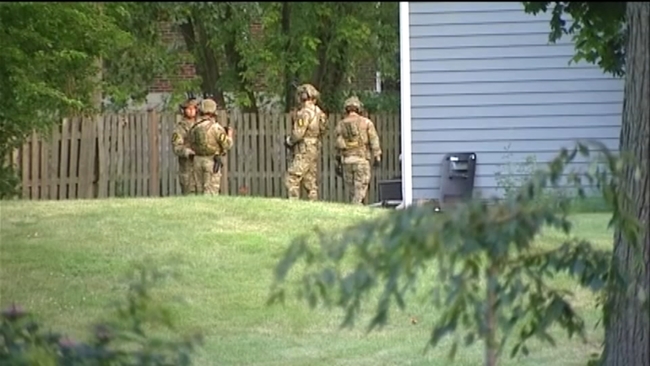