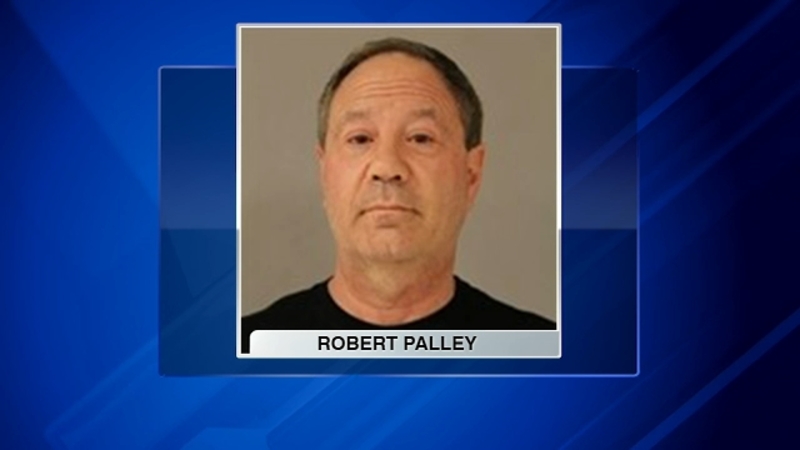 RIVER FOREST, Ill. (WLS) -- A River Forest man has been charged with a hate crime after an incident captured on video in a Jewel-Osco parking lot on Wednesday, police said.

The man who appears on a cell phone video that has since gone viral is 61-year-old Robert Palley, a prominent real estate developer in Oak Park.

The Cook County State's Attorney's Office has charged Palley with one count of committing a hate crime and one count of aggravated battery.

Police said Palley committed battery against an African American woman after a verbal exchange that the victim and witnesses said was racially motivated.

It all started inside a River Forest Starbucks Wednesday morning.

While the hate crime was not caught on camera, a video shows Palley in the parking lot following the verbal exchange. Palley is seen turning to face the woman filming him, then taking a swing at her, setting off a physical confrontation.

Police said the woman's allegations were corroborated by several witnesses, as well as surveillance video from Jewel-Osco's parking lot.

"We have no tolerance for hate in River Forest," said River Forest Village President Cathy Adduci. "We appreciate and support the thorough work of our River Forest Police Department as well as the cooperation of the Cook County State's Attorney's Office to hold those who engage in criminal activity that is motivated by hate fully accountable. And, we applaud the witnesses that helped the investigators determine the facts in this case so that felony charges could be brought against this individual. Finally, we're pleased that officials from Jewel-Osco cooperated immediately by providing video footage, which helped us move forward quickly on this case."

Palley faced a judge Thursday afternoon. His bond was set at $50,000.

Palley told ABC7 that he is "deeply sorry."

"I wish I hadn't acted the way I did. I am sorry that my actions were so painful for the young lady in line at that Starbucks. She deserved better. I am sorry that this happened in such a painful week in such a painful year, in a world that has caused far too much pain to African Americans for far too long," Palley said in a statement to ABC7 over email. "I know that these words of apology are only a start. I'm determined to do all I can to make this situation right, and to work for healing in a world that so desperately needs healing."