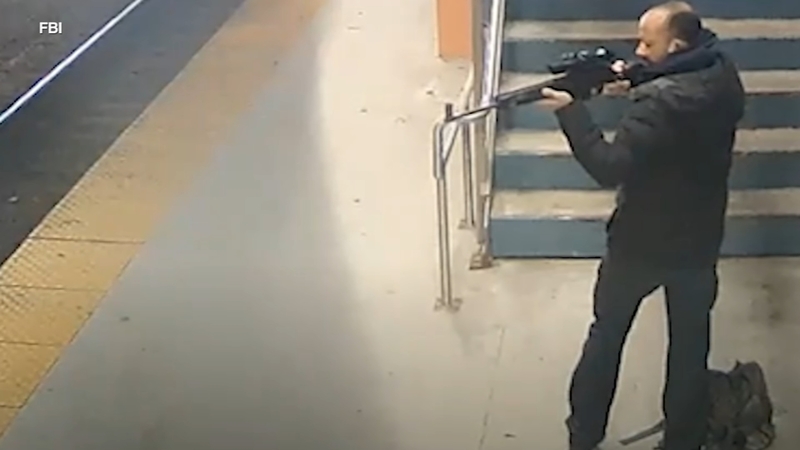 CHICAGO (WLS) -- The FBI said a man who was seen in surveillance video firing a weapon on a Metra platform on December 1 has turned himself in.

Last week, the FBI released video showing the man pull a collapsible rifle out of his backpack. Then he aims and fires a single round at the Metra station located near Lake Shore Drive and 23rd Street.

The FBI Chicago office tweeted Monday that a suspect had turned himself in after the video was widely disseminated by media outlets last week.

The FBI needs help tracking down a man seen in surveillance video firing a weapon on a Metra platform on Dec. 1.

The FBI has not released any further information about the suspect.

"No matter what his motivations might be. You have to find him. And you have your hands on that weapon. If he felt emboldened enough to pull that off at a basically empty metro station. Well, that, that urged him now to go during rush hour to a busy metro station, and we all know what could happen there," former FBI official and ABC News Security Consultant Brad Garrett told the I-Team when the video was first released.

"There's always the concern that this was a test that he was doing. He picked his location deliberately, he tried to do it quickly. And then he walked away, so that is definitely a possibility. But I don't want members of the public to panic because it's just as likely that this individual made a spontaneous decision," said Siobhan Johnson, Special Agent and Public Affairs Officer, FBI Chicago.

The FBI's tweet added that, "persons of interest are presumed innocent unless proven guilty."