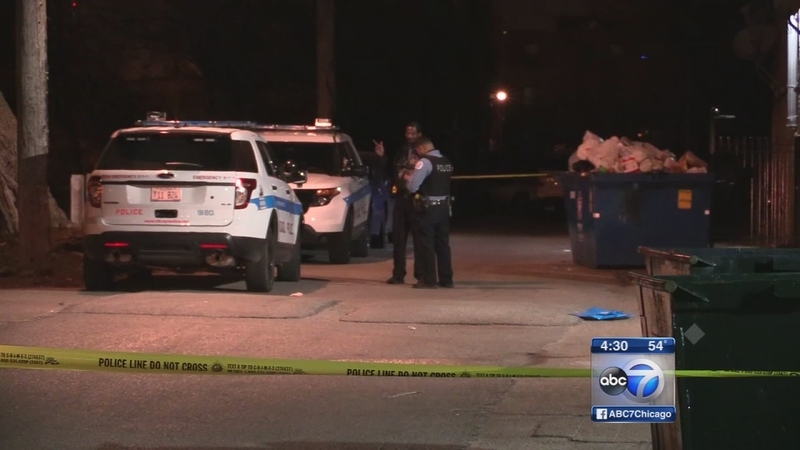 Mother's Day weekend was a violent one in Chicago

CHICAGO (WLS) -- Violence across the city of Chicago did not slow over the weekend even after mothers called for peace on the day designated to honor them. There were at least 50 shootings and nine fatalities over Mother's Day weekend, and the trend continued as the work week began Monday.

Kimble Knox, 51, was visiting friends in Kenwood after spending Mother's Day weekend with family when he was fatally stabbed. Knox was standing on the on a back porch of an apartment complex in the 4500-block of South Drexel Boulevard around 12:30 a.m. Monday when police say a man approached on foot, tried to rob him and stabbed him in the chest before running away.

Investigators said Knox was pronounced dead at the scene.

"I wish I would have stayed with him. I would have kept him in my sight if I knew this was going to happen to my brother. I am very upset about that," Anthony Knox said.

Saturday evening around 8 p.m., 58-year-old Andreas River was shot and killed as he sat at the kitchen table in his Archer Heights home. Police say the shots were fired from outside and a bullet pierced the front door and struck Rivera in the face.

"This past weekend the violence that we saw is completely unacceptable, but it highlights the uphill battle we face in Chicago," said Supt. Eddie Johnson at a press conference Monday morning.

While it is unclear if Rivera was targeted, Supt. Johnson says them majority of the other victims over the weekend in both fatal and non-fatal shootings and stabbings are repeat offenders with long criminal histories.

"Thirty-one, 37, 41 and 20: that's just a sample of the number of times the victims on this list had been arrested. Until we can have real truth in sentencing and hold these offenders accountable, this will be the unfortunate reality in the city of Chicago," Johnson said.

Community activist Andrew Holmes and other community members gathered Sunday with grieving mothers who have lost their children to gun violence. The group pleaded with the public to help stop gang violence.

"It shouldn't be that way. All over, gang activity, they only going on for what happened in the past. They got fathers that been through the same thing. I had my taste of being in a gang. Until I realized that the gang, didn't love me," said Michael Airhart, All Kids Matter.

Holmes said he would like to work with Supt. Johnson to combat the violence.

Supt. Johnson began the day at a round-table discussion at the Chicago Urban League possible solutions to the violence with people in the community. He says rebuilding trust is one thing that is necessary to combat crime in Chicago. The CEO and President of the Urban League, Sherri Runner, said what is needed are jobs and that young people have the education necessary to get those jobs and do not become tempted by an underground economy.
Related topics:
kenwoodarcher heightsattempted robberyman killedstabbing
Copyright © 2021 WLS-TV. All Rights Reserved.
TOP STORIES
El Milagro workers 'unlawfully' locked out after walking off job
'The Wire' actor Michael K. Williams died of overdose, autopsy finds
'The View' hosts test positive for COVID moments before VP interview
Man shoots at armed carjackers in Hoffman Estates, police say
Jelani Day's family looking for answers after ISU student found dead
IL reports 3,304 COVID cases, 40 deaths
CPD add extra patrols at several schools after string of threats
Show More
Windy City Weekend has what you need to know for the weekend
Video released of incident between cop, Black woman at North Ave Beach
Slain woman Gabby Petito's boyfriend indicted for bank fraud
3 dogs found safe after doggie daycare transport van stolen
Roz Varon's Weekender Report
More TOP STORIES News