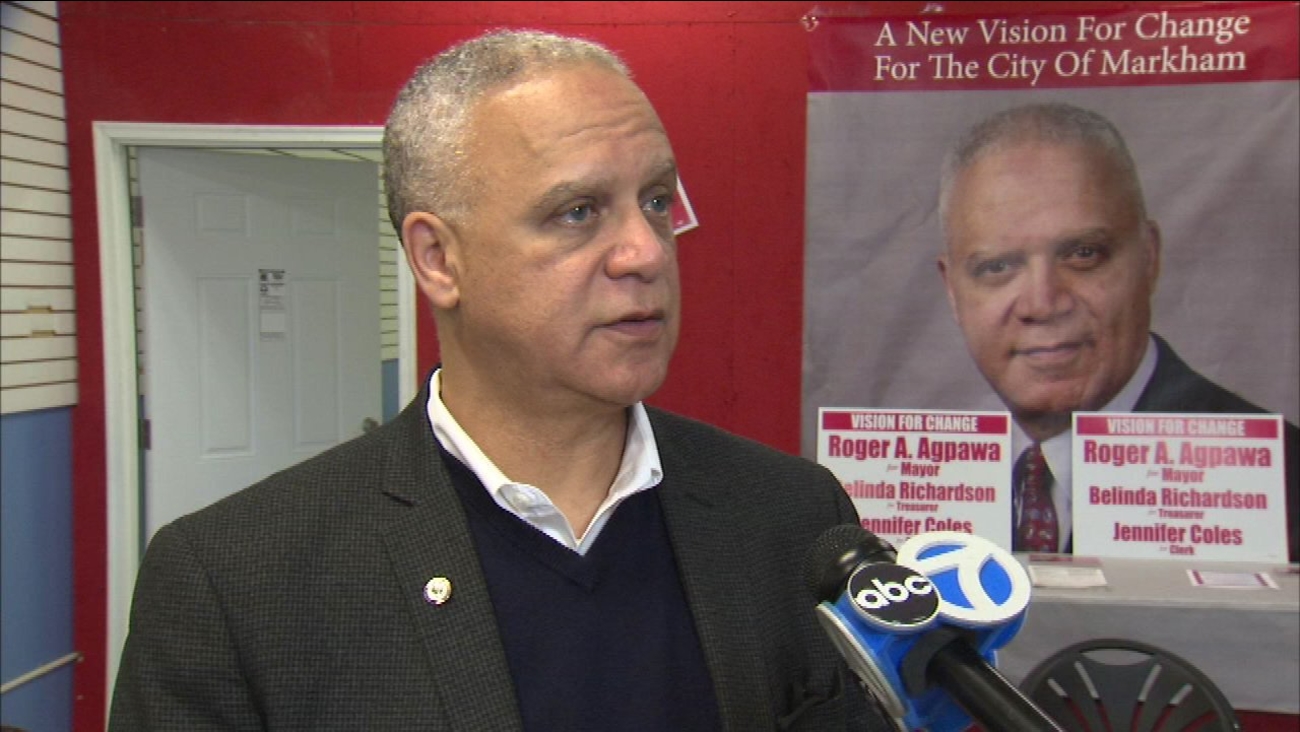 MARKHAM, Ill. (WLS) -- If Roger Agpawa wins the race for mayor in suburban Markham, the Cook County State's Attorney's Office said it will file a lawsuit to have him removed.

Back in 1999 Agpawa pleaded guilty to mail fraud.

It sent a letter to Agpawa giving him until the end of the month to provide proof he has applied or received a presidential pardon for his conviction.

Agpawa told ABC 7 he is not dropping out. He said it is his "constitutional right to run" for office.

Agpawa doesn't deny his prior felony conviction. He said he was sentenced to three years' probation, ordered to pay thousands of dollars in restitution and perform community service.

According to the State Board of Elections, a convicted felon is not eligible to be sworn in for a municipal office. But state law doesn't stop them from running.