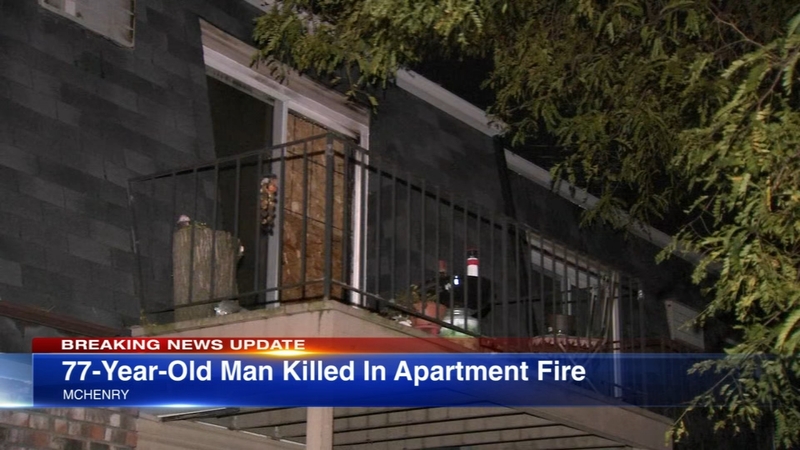 McHENRY, Ill. (WLS) -- A 77-year-old man died after a fire broke out at a McHenry apartment building early Thursday morning.

McHenry Fire Chief Steve Spraker said the fire started around 12:07 a.m. and was contained inside a single unit in the two-story complex in the 800-block of North Southgate Street.

The victim was sitting in the living room lighting a cigarette when he accidentally dropped it and the couch caught fire, Spraker said.

Spraker said the victim's 70-year-old wife managed to escape the flames, but her husband, who is visually impaired, was unable to make it out. His identity has not yet been released by the McHenry County Coroner's Office.

The woman who escaped the fire was treated on the scene for minor smoke inhalation, Spraker said. No other injuries were reported.

Two of the other units in the building have been deemed uninhabitable by the city.