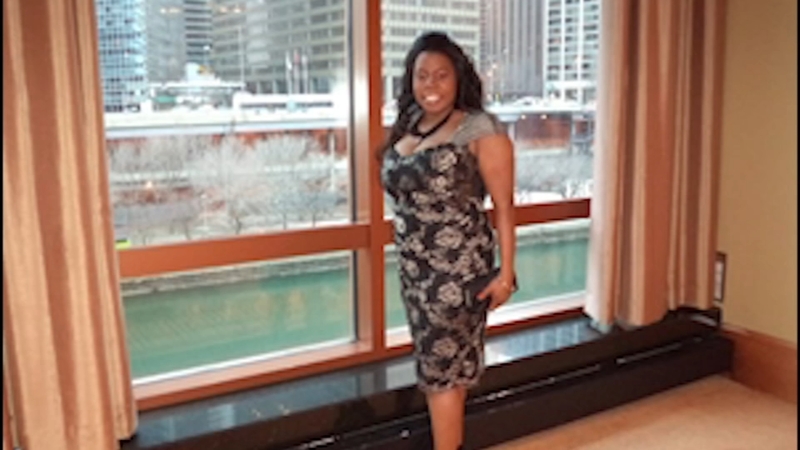 LAPORTE, Ind. (WLS) -- Tamara O'Neal lived near Mercy Hospital, where she worked as an emergency room doctor. Patrick Connor, chairman of the emergency department at Mercy Hospital, said the 38-year-old was greatly concerned about the toll of gun violence.

"She talked about it a lot, and about the incessant national tragedy that all these people are dying needlessly," he said.

O'Neal, 38, became a victim of gun violence herself as she left the hospital Monday. She was fatally shot by her ex-fiancé, Juan Lopez, who she was due to marry in October.

O'Neal broke off the engagement in September, and Lopez reportedly came to the hospital Monday to take back the ring he had given her.

RELATED: What we know about the gunman in the Mercy Hospital shooting

A pharmacy resident, Dayna Less, and a rookie Chicago police officer, Samuel Jimenez, were also killed in the shooting. Lopez, the shooter, also died. He shot himself in the head but died of a shot to the abdomen by Chicago police, according to the Cook County Medical Examiner's Office.

Dr. Tamara O'Neal was troubled by the toll of gun violence. She became a victim of it herself Monday when she was fatally shot by her ex-fiancé.

O'Neal's father, Thomas O'Neal, texted his daughter when the shooting at Mercy was first reported.

The O'Neal family had no desire to talk about the man who killed their daughter, but said they supported her decision to end the engagement.

"She saw something in the relationship that did not line up with the way she wanted to live the rest of her life," Thomas O'Neal said.

Tamara O'Neal earned her medical degree from the University of Illinois College of Medicine and completed a residency in emergency medicine at the University of Chicago Medical Center, according to a press release from Mercy Hospital. She joined Mercy's staff in 2016.

A vigil was held Tuesday night at Mercy Hospital in Chicago a day after a gunman opened fire and killed three people -- an ER doctor, pharmacy reisdent and Chicago police officer.

Connor said she was "simply the best," and remarked on her ability to connect with patients and coworkers.

"She excelled in touching every patient in a meaningful way. It was a sight to behold," he said. "She was our sister. She wasn't just a doctor."

Dr. Adele Cobbs worked with Tamara O'Neal in the emergency department. Cobbs said O'Neal's death will change how she practices medicine and interacts with colleagues.

"Just being aware that, you know, people aren't always telling us what's going on behind the scenes. And we need to be sensitive and inquire," she said. "And especially with black women, you know, people think we are strong and resilient but there are things that are happening behind the scenes that we don't often speak on, and Tamara is a testament to that. And I think we just need to be more supportive and aware."

The O'Neal family is in disbelief.

The family is leaning on faith and each other to get through the pain of their loss.

Faith played a big part in Tamara O'Neal's life. Every Sunday she came home to LaPorte, Indiana, where she was choir director at the church where her brother is the pastor.

Connor said Tamara O'Neal was "completely dedicated to her church."

"She never worked Sundays. She led her choir in her church and she fundraised every year for disadvantaged children for first, second and third grade children, all their school supplies," he said.

"We knew Sundays, that was where she was. She was at church in the choir," said another colleague Dr. John Purakal.

Purakal was on duty Monday at the University of Chicago Medical Center emergency room, where O'Neal was brought after the shooting.

"I recognized her right away and made it very difficult for me to help in any sort of meaningful way because I was just kind of in shock," he said.

The O'Neal family is close. O'Neal's brother said Tamara stayed late Sunday to watch the Bears game with him before returning to the city for work on Monday. That was the last time he saw her.

"She said 'I love you.' That's the last words she spoke to me," Thomas O'Neal said.