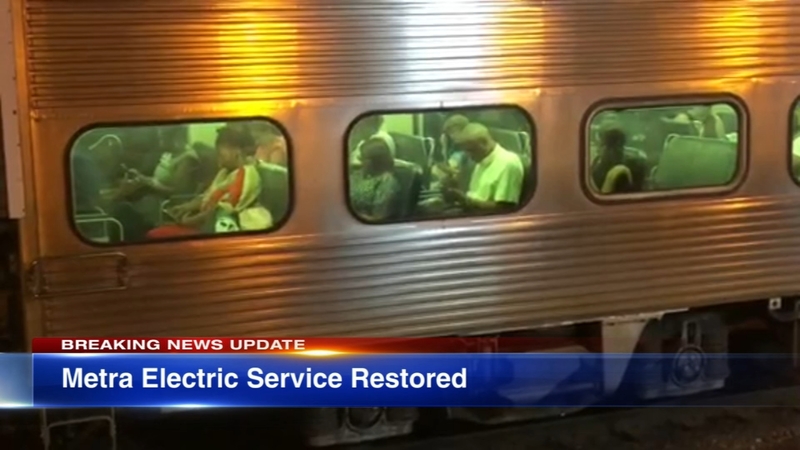 CHICAGO (WLS) -- Service to the Metra Electric and South Shore lines was a mess during the Tuesday evening rush due to a power outage at Millennium Station.

Power was fully restored around 7 p.m. Metra Electric officials said trains would be operating with residual delays as they wait for signal clearance.

A power outage at Millennium Station was first reported shortly before 5 p.m. By 5:20 p.m. the outage extended from downtown Chicago to 51st Street. Metra Electric said on its Twitter that power was restored at about 5:50 p.m. but shortly after 6 p.m. told ABC 7 Eyewitness News that power to the line had been shut off due to continuing issues restoring and maintaining electricity. At least one track was operational as of 6:30 p.m. and power was fully restored after 7 p.m.