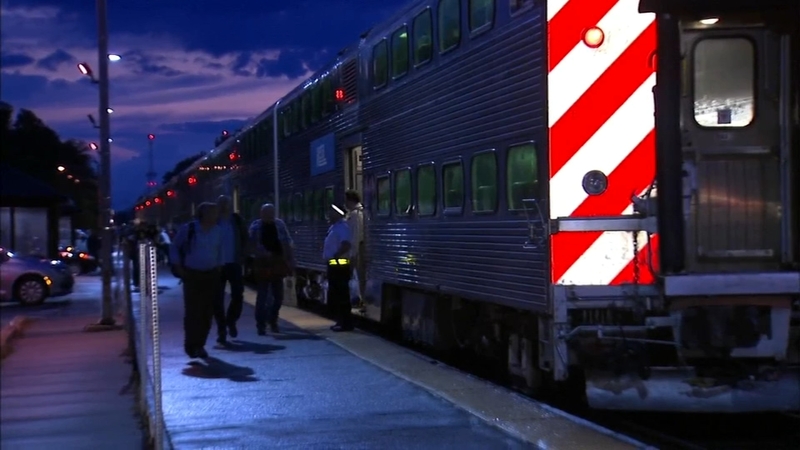 Multiple Metra trains were affected Monday evening when a tornado warning not issued by the National Weather Service prompted the commuter rail to halt service on several lines following an earlier mechanical failure at Union Station in Chicago.

Outbound and inbound Metra BNSF trains were not be operating from Hinsdale to Aurora due to weather until 7:30 p.m. due to the false tornado warning.

"There's a tornado warning that covers from pretty much Cicero all the way out to the Naperville area," a conductor announced on a BNSF train. "Due to that, all train traffic is stopped."

The announcement was made shortly before 7 p.m. and delayed trains on the BSNF, UP-West and Heritage Corridor lines.

In fact there was no tornado warning, at least according to the National Weather Service.

Metra said the warning was issued by the out-of-state rail companies that operate the lines used by Metra.

As many Metra riders know, the three UP lines – North, Northwest and West – are owned by Union Pacific Railroad. They operate the commuter service on the lines with their own employees under a purchase-of-service agreement with Metra. @metraUPNW @metraUPW @metraUPN

"It's their, their weather forecasting service. They make the calls on this, and they're always going to err on the side of caution," said Meg Reile, Metra spokesperson.

Union Pacific Railroad and BNSF Railway confirmed they issued the warning based on information from their private forecasting service. Metra said regardless of the warning, conditions were such that they might have halted those trains anyway.

The one-hour delay caused by the warning compounded problems during an already-stressful evening rush.