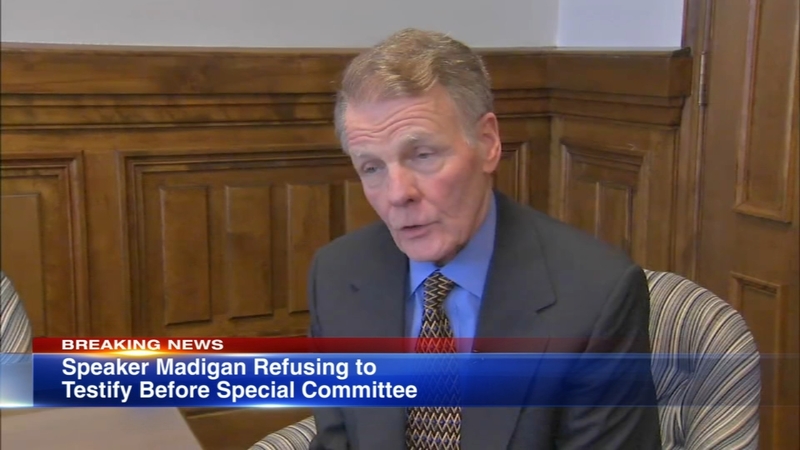 CHICAGO (WLS) -- Illinois House Speaker Michael Madigan is refusing to testify before a special committee investigating his conduct in connection with a ComEd bribery case, according to a Chicago Tribune report.

Madigan has been linked in court documents to a bribery scheme involving the company, but has not been charged.

In a letter obtained by the Chicago Tribune Friday night, Madigan says, "For the record, I am not exercising my fifth amendment rights by not appearing before the committee. As I have said before, I have done nothing wrong."

Charges have been filed for the first time in the ongoing ComEd investigation that has implicated Illinois' powerful House Speaker Michael Madigan.

However, Madigan was formally accused of "conduct unbecoming of a legislator" earlier this month, which is not a criminal charge.

Republicans filed the formal charge Sep. 10 accusing Madigan of breaching the public trust and conduct unbecoming of a legislator as detailed in the federal case against ComEd.

"Including engaging in a bribery scheme, an extortion scheme conspiracy to violate federal and state laws, amongst other misconduct and misuse of the office," House Republican Leader Jim Durkin said at the time of the charge.