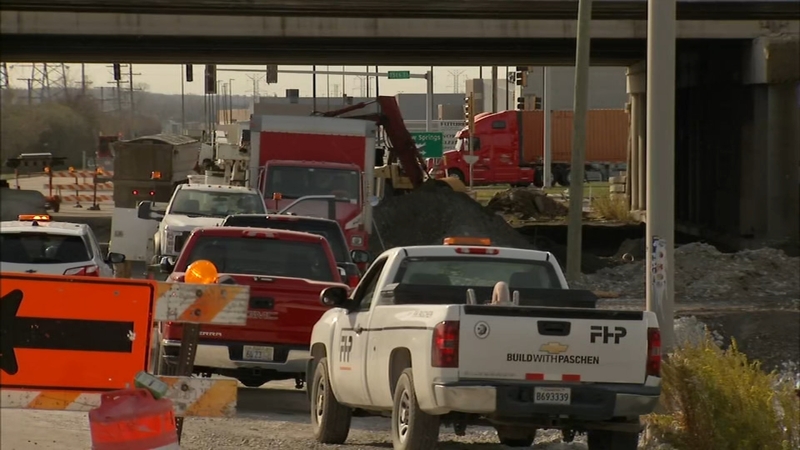 The northbound section of the new bridge, a stretch of Interstate 294 between 75th Street and La Grange Road, is scheduled to open next week.

Crews started building the new Mile Long Bridge alongside the existing one two years ago. Weather permitting, the northbound section of bridge will open by Wednesday morning.

"We were hoping for the end of the year; clearly we're a month early and want to obviously thank everyone involved, but we're super excited that the bridge itself will be open for the holidays," said José Alvarez, executive director for the Illinois Tollway.

The Illinois Tollway is about to start a massive bridge construction project along the Tri-State Tollway. Here's why the Mile Long Bridge Project is so unique.

This project is unlike any other the tollway has tackled. Originally built in 1958, the Mile Long Bridge carries traffic on I-294 over two major railroads, three waterways, local roads and a major distribution center for UPS.

The project builds two new side-by-side bridges, adjacent to the existing bridge, with as little disruption to traffic as possible.

More than 300 massive beams were used on this new section of bridge, many driven to the site measure over 180-feet long, 8-feet tall and weighing nearly 125 tons.

This new bridge has a lot of safety features: The barrier walls are higher and the pavement is thicker, constructed in a way that creates a smoother drive and a lot less bounce with all the truck traffic.

Over the next several days, crews will work to complete lane markings and signage and the merge points at either end of the bridge.

The next phase will be the demolition of the old northbound bridge. That will begin in January, and in the summer of 2021 crews will begin building the new southbound Mile Long Bridge.

The entire project is scheduled for completion by the end of 2023.