City of Milwaukee urges everyone to stop vaping immediately, 16 hospitalized with chemical pneumonia 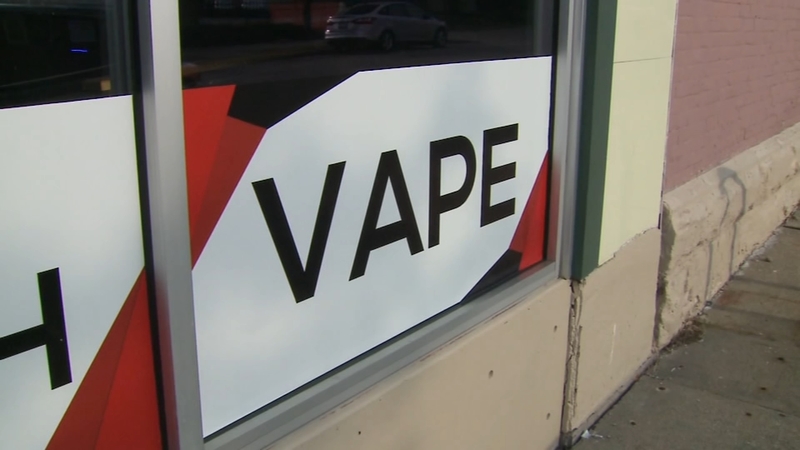 The advisory came after 16 people in Wisconsin were hospitalized with chemical pneumonia, a severe illness that causes lung inflammation, the Milwaukee health department said.

All of them reported vaping or "dabbing"--inhaling potent marijuana products--before they were hospitalized, the department said.

The link between vaping and respiratory illness isn't fully understood, officials said, but in the meantime, they're advising residents to stop using vapes, e-cigarettes and liquid THC products.

The cases are scattered across 10 counties in Wisconsin, and another 15 cases are still under investigation for their link to vaping, the Wisconsin Department of Health Services said.

The initial symptoms of chemical pneumonia may not cause alarm: Cough, shortness of breath, fatigue and fever. But the illness can present more severe symptoms, too, like anorexia and chest pain, that worsen in the days leading up to hospitalization, health officials said.

An Illinois resident, who recently vaped, has died after being hospitalized with a severe respiratory illness, the Illinois Department of Public Health said.

At least 193 cases of lung illness linked to vaping have been reported in 22 states, a number that's growing fast, the Centers for Disease Control and Prevention said last week.

Illinois leads the country in vape-related illnesses, with 22 confirmed cases and 12 more potentials, the CDC said. Wisconsin follows closely behind, and its numbers are growing.

Most of Wisconsin's patients are young people, many of whom were healthy before their hospitalization.

Some of them were so severely ill they were placed on ventilators, respiratory disease epidemiologist Thomas Haupt of Wisconsin's Department of Health Services told CNN earlier this month.

If vaping is to blame for the cases, officials aren't sure what chemicals of e-cigarettes are causing damage. The CDC noted that many patients reported using products that contained THC, the psychoactive substance in cannabis.

"The only thing at this point is vaping, but we don't know what they vaped, where they got their vaping liquids," Haupt said. "All this needs to be determined at this point."

E-cigarette companies are under fire for targeting young people

Though vape use has significantly grown across the US, health officials are most concerned about tackling the "vaping epidemic" in American schools.

One in 5 high schoolers use e-cigarettes, the CDC reported. The devices are discrete and come with sweet flavors, which make them more attractive to young people than cigarettes. But while many vapes ditch the tobacco, they often contain just as much nicotine.

North Carolina Attorney General Josh Stein filed lawsuits against eight e-cigarette companies for their role in the "vaping epidemic" among middle and high schoolers in the state. The suits accuse the companies of targeting underage users by advertising on social media and flavors reminiscent of candy and ice cream.