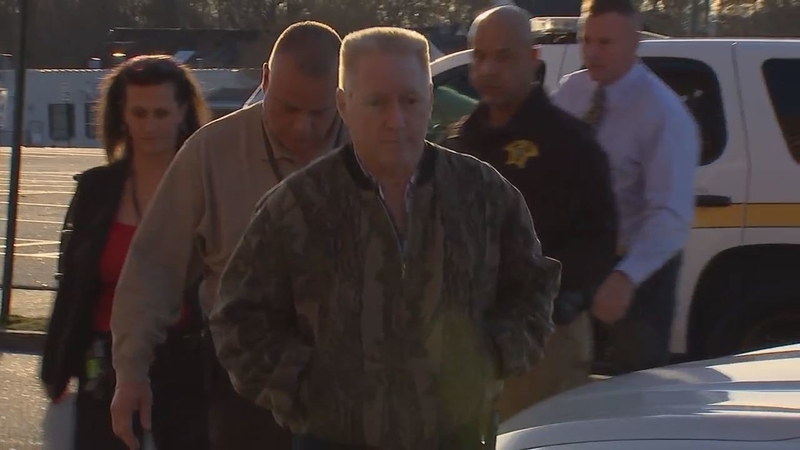 Stone said a homicide investigation was underway and that there were "persons of interest."

Victim’s husband, Lynn Keel, remains a “person of interest” in the case along with others. Keel was released after questioning last night, sheriff calls him “very cooperative.”

One of her friends told ABC11 that her husband, who is a person of interest in the case, was very controlling.

Taryn Edwards said Lynn Keel wouldn't let his wife be alone with anyone.

"The verbal and emotional abuse was evident to me as a friend," Edwards said. "The atmosphere of the house was always really tense. He hovered a lot, never allowed her to be alone with anybody for extended periods of time."

The search for clues in Diana's disappearance continued Wednesday, with investigators carrying out boxes of evidence from their house on Old County Home Road in Nashville.

Chief Deputy Brandon Medina, of Nash Co. Sheriff’s Office, says they’ll be attending an autopsy at a medical center in Greenville. “We’ll get a blood sample. We’ll get some fingerprints. Those items will aid us in identifying the female that was located in Edgecombe Co.” #ABC11 pic.twitter.com/kZp92koQTz

"During the autopsy, we'll have an investigator there," he said. "What'll happen is usually they'll do a normal autopsy. We'll get a blood sample. We'll get some fingerprints. Those items will aid us in identifying the female that was located in Edgecombe County."

Diana's husband, Lynn, was brought in for questioning Tuesday.

"The most difficult aspect of this case is a 10-year-old son and an 18-year-old daughter are without their mother." Stone said Wednesday night.

Taryn Edwards was a friend of Diana Alejandra Keel. She gives insight into Diana’s relationship with her husband at 4p #ABC11. https://t.co/EdsiqUIGv2 pic.twitter.com/GvlJSuZQjM

Edwards told ABC11 on Wednesday that Diana was her best friend and that she was trying to help Diana leave her husband, but when he found out, he made them cut off their friendship.

"She hugged me. I was crying. She told me not to cry that everything was going to be OK," Edwards said. "When she walked out the door, that's the last time I saw her."

Edwards said she met Diana around 2009 when they were both attending Momeyer Baptist Church.

"She was such a sweet, sweet friend," Edwards said.

I talked to a cousin of Diana Alejandra Keel who lives in Colombia. Her cousin tells me she came to North Carolina to live the American dream but it’s turned out to be a nightmare. “I can’t believe it. It’s very, very sad.” Hear from him at 5p #ABC11 pic.twitter.com/nTKhFhVtE0

Diane's cousin also spoke to ABC11 on Wednesday, saying the mother of two came to North Carolina to live the American Dream -- but it ended up being a nightmare.

Diana was first reported missing by her daughter on March 7.

Nash County deputies went to the home two days later, where her husband told them he'd last seen her Friday.

Diana's employer told investigators she had not reported to work in several days.

Her car is still parked at the home.

"There's been no use of her cell phone. We've reached out, tried to call her several times and can't get anything," Nash County Sheriff Keith Stone said.