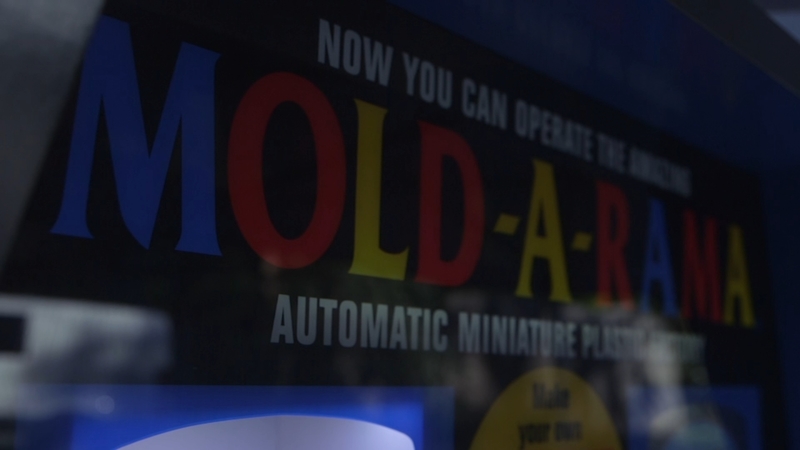 "It's a plastic injection mold machine that has been around since mid-1960s," said Mold-A-Rama CEO Paul Jones.

"Generations of people have made plastic souvenirs when they come to all the large tourist attractions around Chicago."

While other antique machines may have gone out of business or style, you'll still find a Mold-A-Rama at most major Chicagoland tourism sites.

Next to the Museum of Science & Industry's chicken hatchery, you'll find molds of baby chicks. Molds of 13 different animals can be found at locations around the Brookfield Zoo, with nearly as many at the Lincoln Park Zoo. The field museum has six different dinosaur molds. And on and on.

Some holidays call for their own rare molds. Every October, some of the original Mold-A-Rama designs return: skulls, ghosts, and trolls.

Paul's father, Bill, first purchased the company in 1971 when he was trying to get out of the "rat race" of accounting work.

"My parents and my sisters thought I was crazy," Bill said about his midlife career change. "I didn't think it would last this long... I thought they were 50 years old when I started."

They were only nine years old then.

With 63 locations around the country currently, company owner Paul Jones said business is the strongest it's ever been.