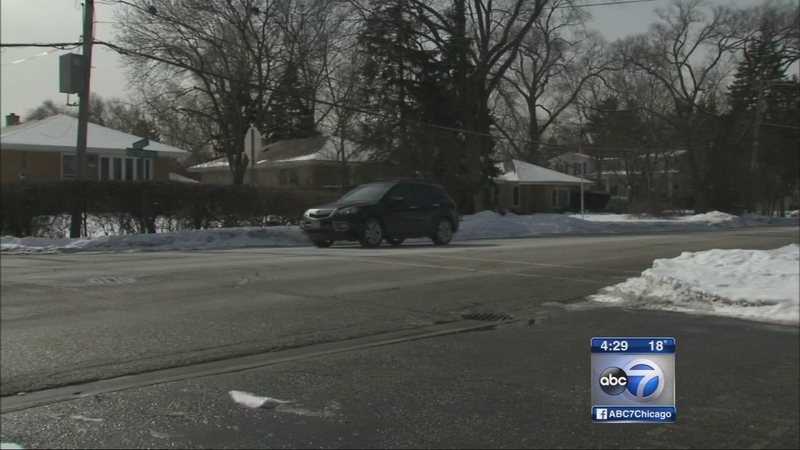 MORTON GROVE, Ill. (WLS) -- Morton Grove police said a man may have followed a woman from a Walgreens store, told her to pull over because her car had a flat tire, and then stabbed her and stole her money.

The 28-year-old victim was stabbed in her left side, but her injuries are not life-threatening. She was taken to Advocate Lutheran General Hospital.

Police issued a warning after the attack and said the man could still be armed.

The victim told police she was driving near Beckwith and Lehigh at 9:30 p.m. Sunday when a driver behind her flashed his lights and told her she had a flat tire. She pulled over near the Golf Metra Station, and he stopped, too. That's when he pulled knife on her and demanded money.

Police are reviewing video from the nearby Walgreens and other stores for any clues in the case.

The offender is described as a man in his 20s, of Middle Eastern or Indian descent, around 5'6" with a thin build. He was wearing a black hat, gray sweater and blue jeans and driving a black car, possibly a four-door Buick.

"I think crime can happen anywhere. This is regarded as a very safe area, but you have to be careful everywhere you go," Danish Haque, Glenview resident, said.

"Be very, very careful. You don't know who is going to be around," Rula Kalogris said.

"I've been in this neighborhood for 12 years now. And I never heard nothing like this. It's terrifying," Balsamma Mathai said.

Anyone with information should call police.