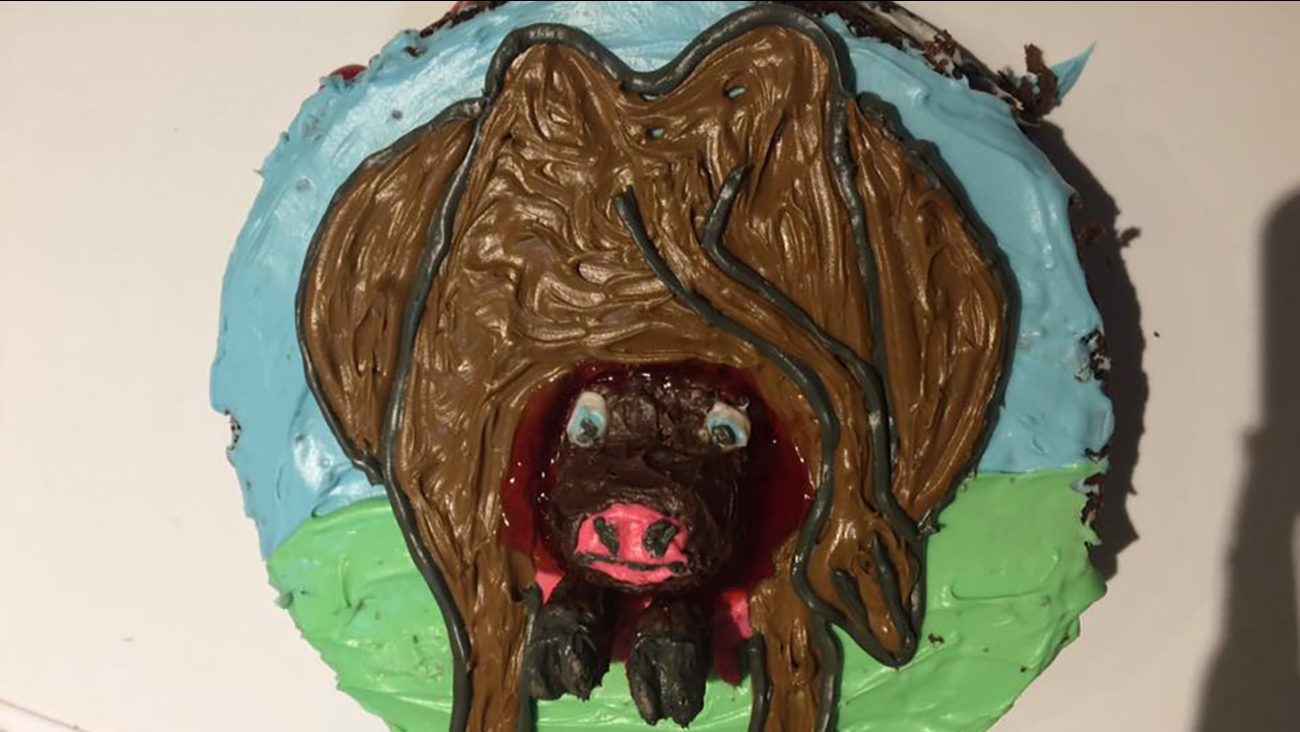 This story originally appeared on Babble and is reprinted with permission.

Cake Boss she is not, but Canadian mom Jamie Packard has certainly given Buddy Valastro a run for his money by baking a rather unusual (and certainly creative) birthday cake for her son Benz's fourth birthday.

Taking to Facebook on August 18, Packard posted a photo of Benz's birthday cake - hand-crafted by the mom of two herself - and it is quite the masterpiece.

The photo came with the following explanation:

For the last couple of months, Benz has been asking for a "cow having a calf" cake for his birthday. We tried our best to persuade him, in fact I overheard Tyler say to Benz, "a Thomas the Train cake would be cool. Would you like Mom to make one for your birthday?". To which he replied, "I don't even watch Thomas the train". We tried. So there I sat, Google imaging "cow having a calf cake" and guess what, there were zero results, surprise, surprise! So as I'm moulding rice crispy squares into little hooves I'm thinking to myself, no Mother is ever really prepared for this kind of stuff. And as I'm applying cherry pie filling as afterbirth, I found myself thinking.. Thank goodness it's only family coming to this party!

Packard told Babble that she was not at all surprised by Benz's request, as he had thrown it out there "for months leading up to his birthday" and is a huge fan of The Incredible Dr. Pol, a National Geographic reality show based on a Dutch veterinarian. (It's all making sense now ... )

While Packard says she had made an effort to talk Benz into something "a little less original," she soon resigned herself to her fate. Even though the mom of two (she also has a 6-year-old son named Cruz with her husband, Tyler) has no background in professional baking, she certainly gave it her all.

After putting the kids to bed, she "turned on some Downton Abbey" and just went for it. The whole process took about two hours, with her biggest challenge being the moulding of the calf head and legs out of rice crispy cake (an idea she got from watching Food Network). Yes, we can see how that would pose a challenge, though we have to admit we would have lost it at the cherry pie "after birth!"

Naturally, Benz was thrilled when he saw his cake, giggling and throwing his mom a high-five. And while other party-goers were surprised by the sight, Packard says they "laughed hysterically."

After Packard posted the photo, it went viral. Now it has over 4K shares and tons of comments from delighted friends and fans. We can only wonder what Benz's birthday cake request will be next year after mom has proved she is certainly up for a challenge!