CHICAGO (WLS) -- A motorcyclist was killed in a hit-and-run crash Saturday night in Portage Park on the Northwest Side.

Taner Kapan, 25, was going east on Irving Park Road near Lockwood Avenue at 8:30 p.m. when the driver of a 2003 BMW sedan struck him and drove away, Chicago police said. 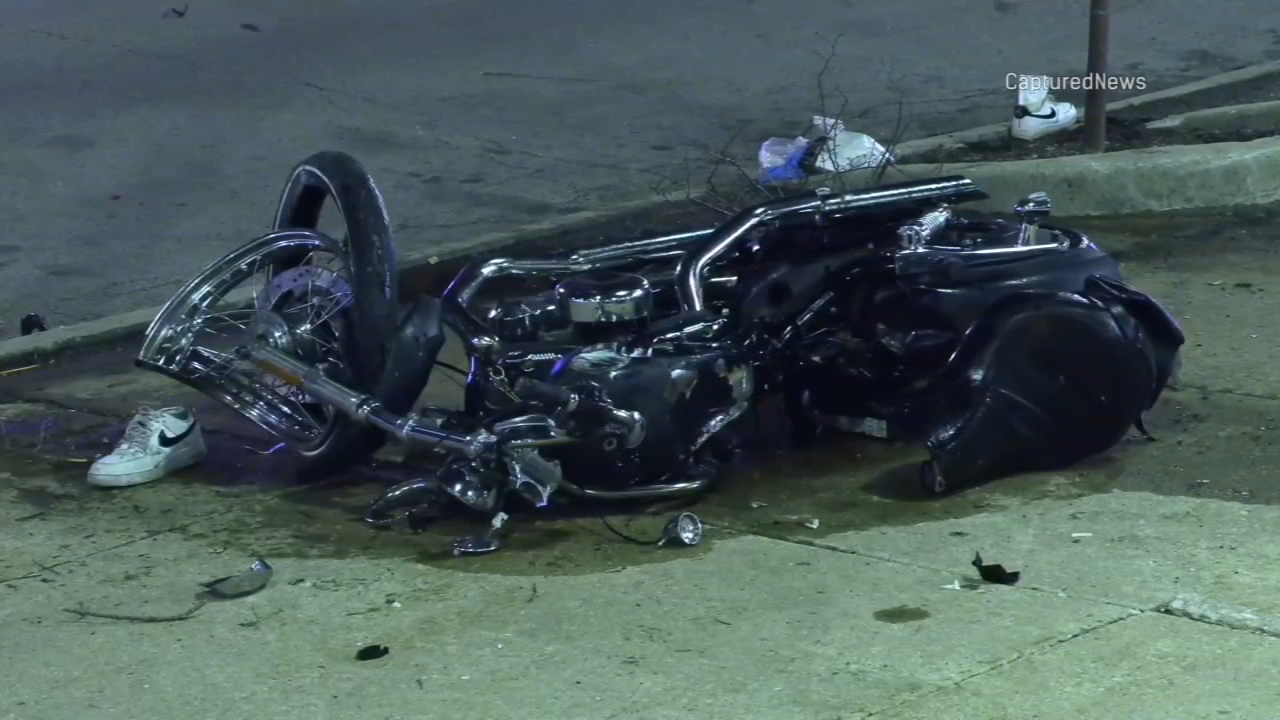 His father, also named Taner Kapan, is still trying to make sense of what happened.

"The kid could have been alive right now, maybe with a broken leg or something," said his father, "but he was left to die."

Kapan's family said they were told by witnesses that the BMW was abandoned by its driver, who jumped out, grabbed a small child from the back seat and ran away.

Kapan was rushed to Illinois Masonic Hospital, but did not survive.

Kapan's father had just finished working at the pizza parlor he owns with his family when he got the call about his son.

After leaving the hospital, Kapan said he wanted to see the scene for himself.

"I came and took some pictures," Kapan said, "and I sat here, cried here, prayed here."

"He loved to live free and just be on the open road," his brother said. "And it's sad he died doing the thing he loved the most, you know?"

Kapan said his brother's other loves were his children, ages 7 and 4, and that he was a doting father.

Yusuk Kapan said he no longer will ride motorcycles and will dedicate his life to raising his niece and nephew.

"Those are his bears," his brother said. "His two kids, his family, they always called them his little bears and he loved them so much."

Kapan's family has established a GoFundMe to help pay for his funeral and provide for his children.