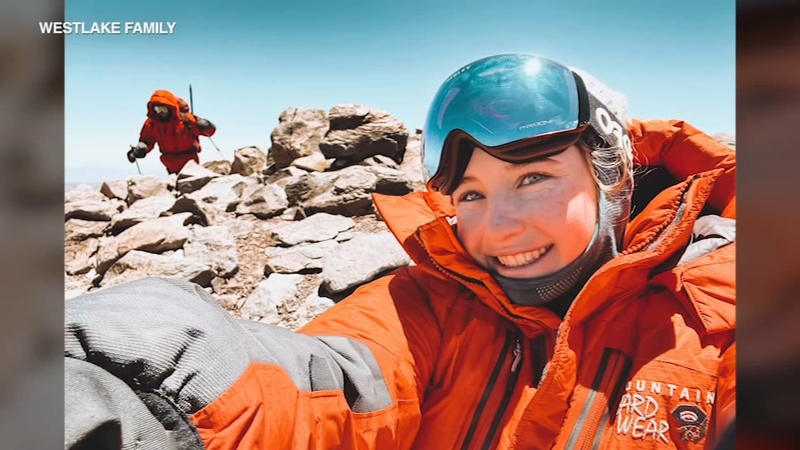 Lucy Westlake, 18, is getting ready to graduate from Naperville North High School - and climb the highest mountain in the world.

Lucy Westlake is 18-years-old. She's aiming to be the youngest American woman to make the climb.

"I started climbing because my family is very adventurous," Westlake said. "My life's mantra is 'limits are perceived,' so I love pushing myself to my very limit and discovering what my body and mind can do. So what better way to do it than climb the highest mountain in the world."

Westlake is hoping to break the American record as the youngest woman to climb Mount Everest and inspire other young girls to pursue their own adventures. The teen has already set records, becoming the youngest female to summit the 50 U.S. state highpoints last June.

Lucy Westlake is 18-years-old. She's aiming to be the youngest American woman to make the climb.

"I learned about this thing called highpointing, which is climbing to the highest mountain in a state - or the highest spot since some don't have mountains," Westlake said. "Me and my dad started to highpoint when I was 7. Ever since, we've been climbing together."

To prepare for her biggest challenge yet, Westlake just spent six weeks in Kenya training at altitude and working to bring safe water to people there.

"Another one of my passions that I discovered when I was 13, actually going to Africa to climb a mountain," Westlake said. "I also discovered my love and passion for helping to solve the world water and sanitation crisis. So now, whenever I have a chance, I like to go up on a mountain and hold a flag up, help any way I can."